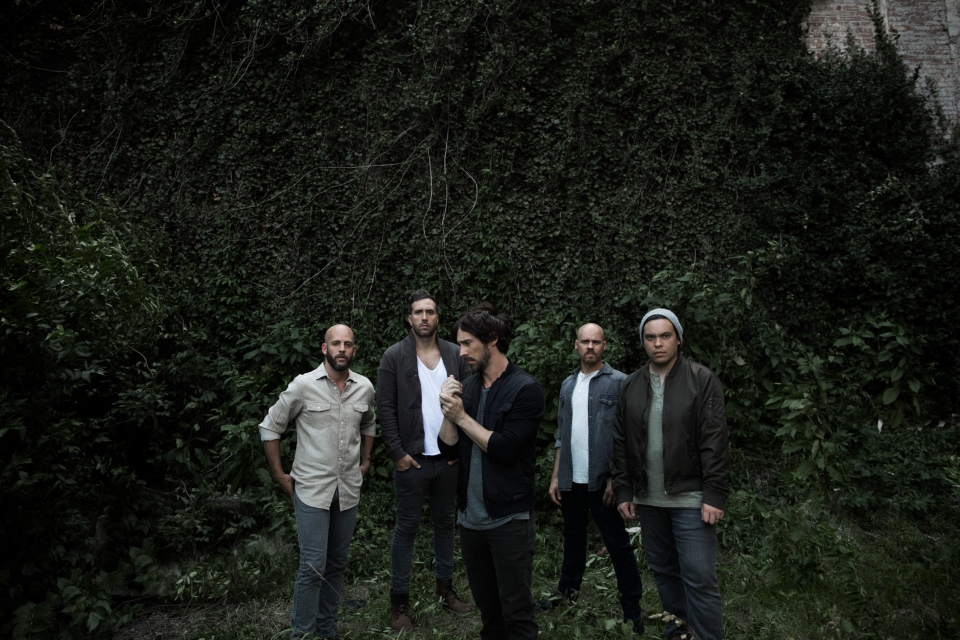 There are few noises as powerful as the sound of confidence. After a decade of trials and tribulations, hit singles and music industry politics, 10 Years have emerged stronger than ever, freed by their own independence (both creatively and professionally), with a hard rock sound as steadfastly resilient as the salt-of-the-Earth fans relentlessly packing clubs to see them play. A 10 Years album is a celebration of strength through adversity.

From Birth To Burial, the second full-length platter issued through the band’s own Palehorse imprint, is the most diverse, dark and unabashedly heavy offering from the post-grunge songsmiths. 10 Years blessed the world with Top 10 radio anthems like “Shoot It Out,” “Beautiful” and their breakthrough single, the Alt-Rock #1 “Wasteland.” From Birth To Burial represents the sum total of a decade of experience, channeled through exceptionally authentic hard rock music as timeless as it is loud.

“This album is about a decade long journey and all of the emotions that come along with it,” explains frontman Jesse Hasek. “It’s easy to become jaded. But then there’s the question: Will you will standup and fight? Are you still alive or is it all over? Do you focus on the positive? From Birth To Burial is a rollercoaster ride through all of that.”

The best bands, from Nirvana to Soundgarden, follow their passions and invite the world to follow with them. 10 Years does not pander or beg. It’s music of defiance and truth. Like Tool, Deftones, Thrice, Brand New, Radiohead or even Björk, these Southern gents successfully flirted with commercialism but ultimately blazed their own path, bucking trends in favor of their own creative muse, building a dedicated following in the process.

The title track serves as cathartic therapy, decrying the “hot today, gone tomorrow” mentality in pop culture that destroys relationships, families and people. It’s about the collision of art and commerce and never forsaking one’s values. “From Birth To Burial” is a call to arms, encouraging listeners to overcome whatever obstacles appear in life. “Miscellanea” tells a story through abstract, ambiguous wordplay, similar to the lyrical musings of Faith No More and Mr. Bungle. “Triggers and Tripwires” is by far the heaviest thing 10 Years has ever put on a record, undoubtedly a crowd pleaser for years to come.

While the Knoxville, Tennessee rock band has enjoyed much success at radio and even experienced major airplay toward the end of the broadcast era for videos, 10 Years built their foundation earning fans night after night on the road, putting in the sweat, the energy and the hours, often alongside rock giants like Linkin Park, Korn and Deftones.

It was roughly 10 years ago when the band set out for California to record their first major label release,The Autumn Effect. Universal/Republic signed the band on the strength of their two prior DIY releases, most notably Killing All That Holds You, which welcomed frontman Jesse Hasek. The Autumn Effectdebuted atop Billboard’s Heatseekers Album chart and went on to sell over 500,000 copies in the United States, driven largely by the singles “Wasteland,” “Through The Iris” and “Waking Up.”

Division (2008) followed, featuring co-production work from Rick Parashar (Alice In Chains, Pearl Jam). 10 Years worked with Howard Benson (My Chemical Romance, 3 Doors Down) on Feeding The Wolves (2010), which cracked the Top 15 on the Billboard 200. Hasek, Ryan “Tater” Johnson (guitar/vocals) and Brian Vodinh (guitar/drums) survived the industry trenches to emerge triumphantly with Minus The Machine (2012), an album produced entirely without major label meddling or false hype.

Hasek says setting up Palehorse with distribution originally through Warner Music Group and now through Megaforce Records has offered 10 Years the best of both worlds. They have the freedom to create without a bunch of interlopers, combined with the distribution and marketing access of a major label. “We had a good ride on Universal/Republic. They helped us get out there and to get exposure. But in that environment, you’re always competing with what is current, and the label is often trying to manipulate your sound. And we just want to be ourselves.”

As Hasek explains, it’s all about capturing the same fire as when 10 Years started and creating the type of band they grew up loving themselves. “We surpassed anything we had ever expected. That is success to me. I don’t know what I mean to these people, but I know what certain musicians mean to me. I value these really pivotal records and songs in my life; and if that’s what we are to someone else? That’s amazing!”