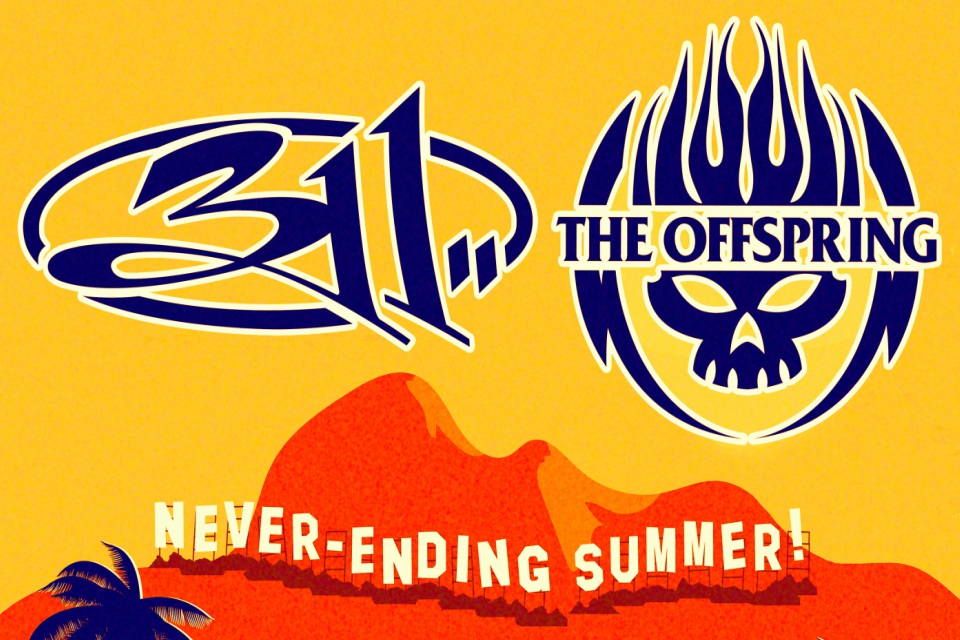 311 was formed in Omaha, Nebraska by singer/guitarist Nick Hexum, singer S.A. Martinez, guitarist Tim Mahoney, drummer Chad Sexton and bassist P-Nut. The band now resides in Los Angeles, California. 311 mix rock, reggae, hip-hop and funk into their own unique sound. After years of consistent touring, 311 have developed a reputation as one of the most entertaining & dynamic live bands in the U.S.

311 have sold over 9 million albums in the U.S. Nine of their albums have debuted in the Top 10 on Billboard’s Top 200 Sales Chart…and nine of their singles have reached the Top 10 on Billboard’s Alternative Radio Chart (including the #1 singles Down, Love Song & Don’t Tread On Me – along with Amber, All Mixed Up, Come Original, Creatures For Awhile, Hey You and Sunset in July).

The Offspring are Dexter Holland (vocals, guitar), Noodles (guitar), Greg K (bass) and Pete Parada (drums). Following a riot at a 1984 Social Distortion show, high school buddies Dexter and Greg K decided to start a band of their own in Garden Grove, California. The Offspring have now put out 8 records, performed over 1000 shows across the globe and are known for their many hits including “Self Esteem,” “Come Out And Play (Keep ‘Em Separated),” “The Kids Aren’t Alright,” “Hammerhead” and “You’re Gonna Go Far, Kid.”