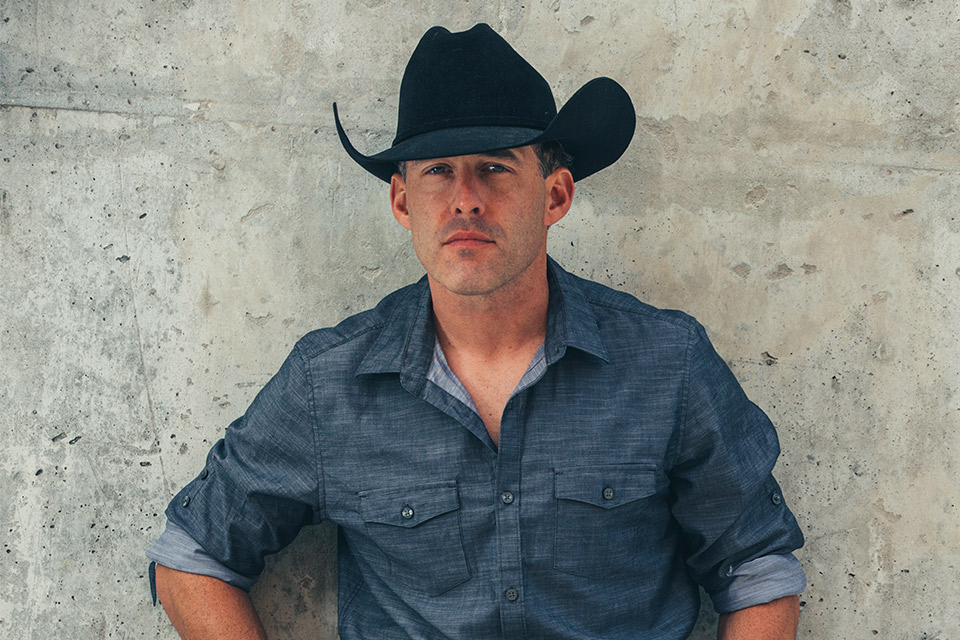 Aaron Watson isn’t interested in what someone else thinks he should do. But instead of getting lonely as he sidesteps expectations, he’s gaining followers––hundreds of thousands of them. Delivered with a warm smile and fueled by a wild spirit, Watson’s rebellion echoes the land that helped make him.

Watson remains strikingly similar to the people that still dot his native West Texas. They’re a rugged people, proud of home but humble and hardworking, the first to help a neighbor but also fiercely independent. And Watson is unquestionably one of them. “I’ve always considered myself an anti-rock star,” Watson says, his drawl cracking slightly as he grins. “People don’t like me because I’m a rock star. People like me because I’m just like them.”

Throughout his 17-year career that spans a dozen albums and more than 2,500 shows throughout the U.S. and Europe, 39-year-old Watson has stubbornly and sincerely identified with the everyman––even as he’s proven to be the exception to the rule. The latest evidence of Watson’s homespun singularity is Vaquero, an ambitious 16-song set of character-driven storytelling, level-headed cultural commentary, and love songs for grownups that promise to further solidify his status as one of today’s finest torch-bearers of real country music.

Vaquero is the follow-up to 2015’s The Underdog, an acclaimed collection that also made history. Watson was sitting at his kitchen table as his wife Kim scrambled eggs when he got the call: The Underdog had debuted at No. 1 on the Billboard Country Albums Chart. It was the first time an independent, male country artist had ever outsold majors to premiere at the top spot. “We started jumping around and squealing like kids,” he says. “It was a beautiful moment because I got to share it with the girl who believed in me when I was broke and playing some pawnshop guitar. It is something I’ll never forget.” That momentous instant also arrived with a built-in challenge. “Once we dried the tears of joy, it hit me,” Watson says. “I had my work cut out for me for my next album.”

Determined, Watson committed to waking up every morning before the sun rose to write songs on that same old pawnshop guitar he scored 20 years ago. “I bet you I couldn’t get $50 for that guitar,” he says. “But it means the world to me.” He penned songs in the back of a bus on the highway, too, as the band spent the last two years playing more than 35 states and six countries.

In writing the new album, Watson felt especially drawn to the idea of the vaquero, the original

Spanish horseman that set the foundation for the North American cowboy, a solitary figure with a legendary work ethic. Watson is a modern-day vaquero––he just gets up at 5 a.m. to wrangle songs instead of cattle. And while he won’t deny the pressure he felt following his last album’s success, outside barometers can’t compel him to change who he is or what he writes. Watson is Watson, chart-topping record or not.

“This is the first album I’ve ever made where if it’s the last album I ever make, I could be content with that,” Watson says of Vaquero.

One listen and it’s easy to understand why. Album opener “Texas Lullaby” pays lilting homage both to home and to the bravery of the young heroes fighting wars. Deep connections to place and family course throughout the record. Sing-along “These Old Boots Have Roots” celebrates new love by offering promises grounded in the honor and grace of past generations. A fiddle accents Watson’s lines playfully then escalates to a hopeful roar.

Romance is a central theme of the album, but Watson isn’t interested in adding to the steady stream of hook-up anthems coming out of Music Row. Watson’s love songs are celebrations of monogamy and the bonds that only time, mutual respect, and persistence can build. The swinging, fiddle-soaked “Take You Home Tonight” anticipates a steamy night in, while “Run Wild Horses” is a passionate ode to lovemaking featuring a standout vocal performance from Watson, whose laid-back croon lets loose and soars. Infectious first single “Outta Style” and shuffling “Be My Girl Tonight” both praise staying power and explore how to protect it.

Watson revels in another kind of love on the album closer, “Diamonds & Daughters.” Two years ago, his then four-year-old daughter asked him to write her a song for his next record. “I thought it sure would be special if I could write her a song right now that we could dance to at her wedding someday,” he says. That’s exactly what he did. A tender look at the past, present, and future, the song will undoubtedly touch every parent and daughter who hears it.

The title track is an accordion-fueled joy, buoyed by Watson’s delivery of life lessons courtesy of an old vaquero sitting alone at a bar. “Mariano’s Dream” and “Clear Isabel” are companion pieces, placed back-to-back to stunning cinematic effect. Plaintive instrumental “Mariano’s Dream” kicks off the experience, haunting and sad as an acoustic guitar carries listeners through a lush Tex-Mex soundscape. The song then segues into “Clear Isabel,” and listeners soon discover the Mariano named in the previous track is father to Isabel. A story of sacrifice and heartbreak, “Clear Isabel” imbues the souls who choose to cross a river in search of safety with the dignity and beauty they deserve. “It’s one of my favorite moments on the record,” Watson says. “I feel like if I could play Guy Clark that song, he’d smile.”

“They Don’t Make ‘Em Like They Used To” begins as warm nostalgia, and other comforts before intensifying into no mere stroll down memory lane, but an increasingly indignant rant, capturing the hurt and anger of a country that’s currently reeling politically and socially. “I think it might be the best song I’ve ever written,” Watson says. Refusing to worry about charts or current trends, Watson hopes the main thing Vaquero accomplishes is bringing his growing legion of fans joy. And no matter what happens next, he is anchored and ready. “It doesn’t really matter whether I’m playing a dancehall in Texas or a stadium tour around the world, I’m just me,” he says. “I won’t change. I’m just too rooted in what I believe in. When you’ve played for such a long time to nobody, now that there’s somebody, you really don’t take that for granted.”