All That Remains -The Fall of Ideals 15th Anniversary 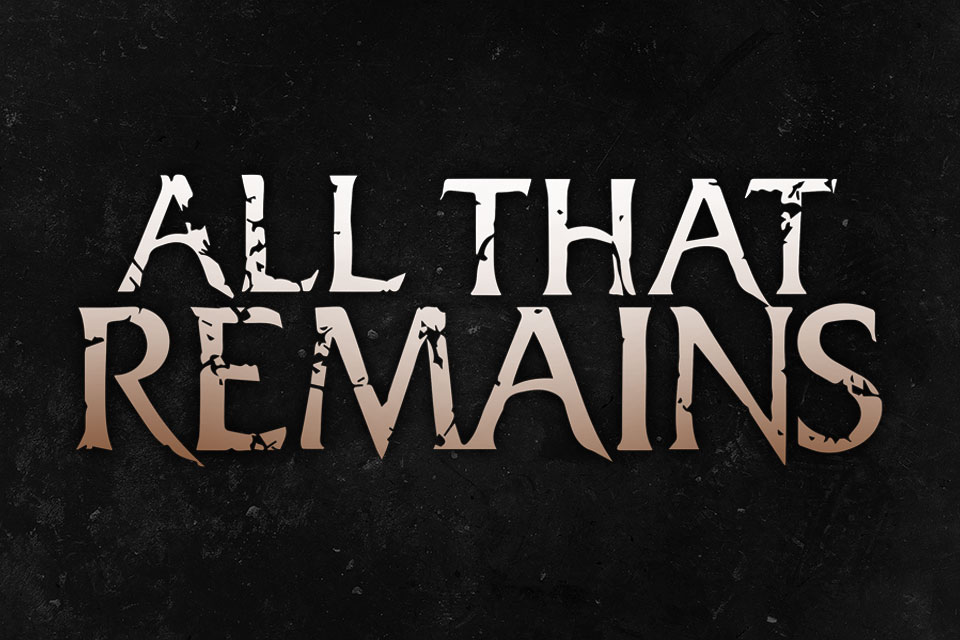 All That Remains -The Fall of Ideals 15th Anniversary

Since their formation in Massachusetts during 1998, All That Remains have built an undeniable legacy upheld by airtight songcraft, knifepoint precise metallic instrumentation, and stadium-size hard rock hooks. As a result, they’ve outlasted trials, tribulations, and trends to stand tall as as one of this century’s most consistent purveyors of heavy music with a bulletproof canon of arena worthy anthems. All That Remains’ discography is highlighted by success at Active Rock including radio hits in the top 10 such as “Two Weeks,” “What If I Was Nothing,” and their first number one “Stand Up,”. Averaging 1 million monthly listeners on Spotify (an unprecedented feat for a metal band in any era), while cumulative sales eclipse 1 million albums worldwide. Not to mention, they’ve earned five consecutive Top 10 debuts on the Billboard Top Rock Albums Chart and four in the Top 5. Most recently, 2017’s Madness spawned the smash cover of Garth Brooks’ “The Thunder Rolls,” which trended on VEVO and generated 21 million plus total views and 8 million Spotify streams in under a year’s time. In addition to packing houses as a headliner, they’ve practically burned down festival stages everywhere from Rock on the Range to Welcome to Rockville.

Emerging from Pennsylvania in 2018 and combining the percussive force of second-generation drummer Max Portnoy with the pure, war-torn fury of vocalist and YouTube sensation Justin Bonitz, nu-core quartet TALLAH are on a mission to revamp and modernise the much-loved sound of popular nu-metal sensations of the early 2000s.

Drawing influence from the musical influences of their youth (the likes of Slipknot, Korn and Linkin Park), Tallah fuse the razor-sharp precision of these acts with the raw edges of modern hardcore music displayed by current sensations Code Orange, Vein, Candy and Fire From The Gods.

Having followed Justin’s popular YouTube channel for some time – which boasts perhaps the most popular scream tutorial at approximately 3m views, “How to Scream (10 Different Techniques)” – Max approached Justin to join a new project with guitarist Derrick Scheider and bassist Andrew Cooper, both of whom Max had formed previous relationships with on the Philadelphia music scene.

The resulting explosion of chaos, controversy and metal innovation birthed the band’s first EP, ‘No One Should Read This’, which was recorded at Spin Studios (GOJIRA, LAMB OF GOD) in 2018. Following its release, Max received the Modern Drummer Award for “Best Up and Coming Drummer 2019” and the band performed at Boomtown Festival in the same year.

Tallah’s forthcoming album ‘Matriphagy’ expands upon the concept outlined in ‘No One Should Read This’, armed with a disturbingly graphic tale that is to be taken both literally and metaphorically. Set to a pleasurably harrowing backdrop of brutally heavy musicianship, ‘Matriphagy’ is an unapologetic love-letter to chaos, and the sickening twist of the macabre.

The sound and fury of Miss May I is deeply embedded in the hearts and minds of a legion of fans. These are people from different backgrounds, of different ages, with diverse life experience, who all come together and connect with Miss May I’s combination of brutal profiency and impassioned delivery. The five-piece powerhouse, from the fertile metal core grounds of America’s heartland, have become an integral part of the world wide heavy music community, transcending boundaries and limitations, galvanizing crowds, and energizing each person they encounter.