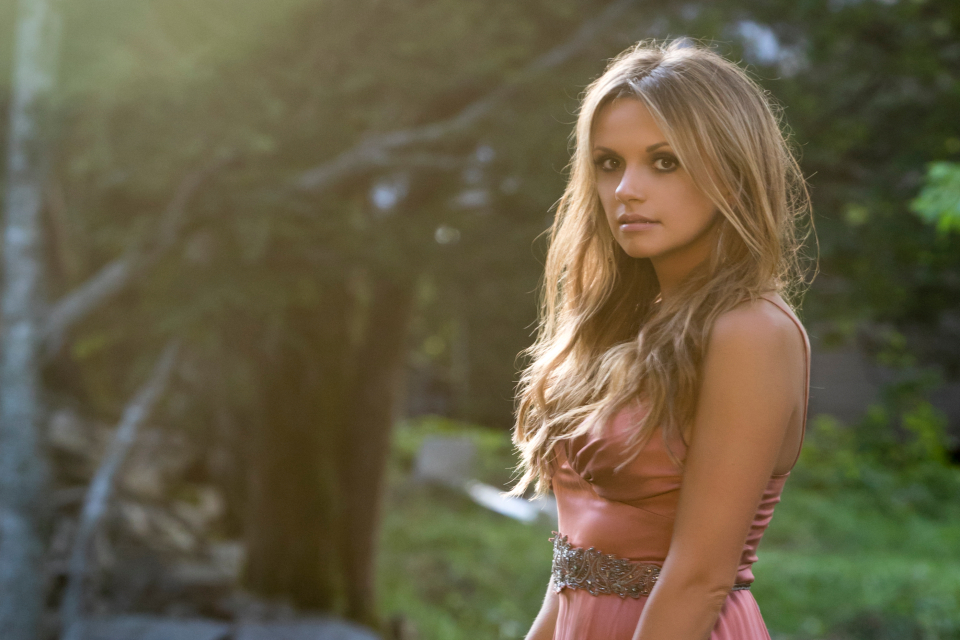 Carly Pearce has been there. Trying to make her dream come true, the 20-something knows what dead ends look like, how pulled up short feels and that the irrepressibility of want to will lift you up over and over again. Getting close, falling apart, being in love, bad boyfriends, crummy jobs, finding your way, second chances, enduring tenacity and people who understand are the essence of EVERY LITTLE THING, Carly’s life is chronicled throughout her 13-track debut album on Big Machine Records.    “I think what I’ve lived and am writing about has happened to everyone,” explains the willowy honey blond with the voice that sounds like smoke or warm bourbon. “Raw, real, I’m not trying to hide anything, And I think by sharing my struggles, whether you’re a young girl or someone my age or my mom’s, you’re either going to experience it, are going through it or already have.” “But you’re going to know there’s truth here, because these songs are snapshots! There are musical clips of where I’ve gone, where I want to go, what I want out of relationships and my expectations out of life. I’m learning I’m okay – and at 27, this is exactly who I am.”

Carly is currently exploding at country radio with “Every Little Thing,” a naked ballad that bristles with the agony of being left. Stark in a time of massive productions, the hollow beat throbs like a pulse and the melody drags with the ache of one who can’t let go. But what really stands out is Carly’s voice: slightly powdery in places, silvery in others, it has a raw muscular twist like a knife being turned.Having left high school to pursue music, working the shows at Dollywood at a mere 16 years old, chasing bluegrass festivals and watching her first label deals fall apart, Carly understands being left on the verge in more ways than love. But love is its own special pain.“The song is about a guy who said, ‘Me or music’,” she offers. “It was the first time I’d really loved somebody, that fiery love you hear about. And I really thought I was going to die. But I think I would’ve died harder if I had chosen the guy.” For Carly, music was, is, and always will be what matters. A girl from the small Kentucky town of Taylor Mill, whose best friends were her grandparents, who was made fun of in school for chasing the dream, there was never a
choice. When her friends Kacey Musgraves and Brothers Osborne got record deals and made records that reflected who they were, she was passed on and glossed over. From the beginning, she’s done everything to be near the music: fronted a Bluegrass band at 11 with a bunch of grown men to learn distinct harmonies, served as a back-up singer for Lucy Hale, dueted with the Josh Abbott Band, cleaned Air BnBs to pay for an EP she would self-release, been her own manager, booking agent, van driver and stylist when needed. She loved the guy, but not enough to give up on her truest love. For a girl raised on a steady diet of “Faith Hill, Trisha Yearwood, Sara Evans, Patty Loveless, Mary Chapin Carpenter,” as well as Bluegrassers Allison Krauss and
Sonya Isaacs and single moniker icons Dolly, Reba, Loretta and Tammy. Still, it’s hard to keep the faith when no one believes.

“I had a stint after a deal fell apart where I went home and looked at apartments online,” she says, voice sticking. “My best friend sobbed, and said, ‘I can’t let you as much as I miss you and want you to come back…’ I was let anger and sadness overcome me. But all it did, really, was make me want it more. From the time I was four years old, all I talked about was singing at The Opry. It was in my bones. And now, I’m nearing my 50th performance … it seems both surreal and natural.”Believing it only takes one person to change everything, the young woman who was banged around by the business, who’d cry in her car after leaving meetings where people would tell her to move home found an advocate in publisher Daniel Lee. He heard that torchy quality in her voice, that believability that can’t be taught and is often missing in power-singers delivery. And he knew she lived the songs she wrote about small towns, big dreams and coming up short.

Daniel got “into my brain. He twisted and turned my thinking – and we made this vision come to life.” Introducing her to Busbee, who’d not turned into the production powerhouse he is today, Daniel believed he could midwife Carly’s true self. Before Maren Morris, Kane Brown or Keith Urban, busbee was writing with a girl most everyone had given up on. Risky though artist development can be, he heard something.

“Her voice lights up,” the producer explains. “It’s a true timeless thing, not of the moment, but always. She’s soulful, and Bluegrass comes naturally from her. All those things, plus the roots of Country music are part of her raising. But while she can do the big vocal stuff, she can do a lot without it: small things that speak volumes.”

“I like to tell people Carly has a lot of gears to her voice. It’s a matter of what do you want her to do. It’s the same way as a writer, because as a collaborator, I’m not the great savior to come in and make the songs happen. What the previous labels had been doing didn’t reflect who she was – and there was so much there. By focusing on that, it felt so far beyond anything else.”

And yet, Carly found herself still having to push and prove. But now alongside allies, especially the man who’s quickly becoming Nashville’s go-to guy. Looking back, she marvels, “The Pop guy got me. He knew my voice, and he let it lead. He focused on that, and writing to my life… and it felt right.” Still, when SiriusXM’s J.R. Schumann announced “Every Little Thing” was the game-changer and to get ready for her life to change, Carly almost balked. “There was no promotion, no set-up, nothing! My chance was going to get blown. Too many people had thrown money in my face then stopped answering my emails.”

That’s not quite what happened. As she says with a smile, “The night it went out; ‘Every Little Thing’ grew wings of its own.” The small ballad that echoes with the hollow pump of a broken heart was selling 6,000 copies a week; Scott Borchetta was flying back from LA to meet with her; BMLG SVP of A&R Allison Jones readied, “You’ve found your three minutes…” Yet, Carly just kept working.

“The reason Daniel and busbee signed me was because they believed in me and what I was doing. I had a video booked – with my own money – and I told Scott he could come by. We were getting where we needed to go by writing about moments I had lived, and choosing others I immediately connected with. I didn’t want to lose that.” Scott won the hardcore strip it down to guitar’n’vocal girl over at lunch. As they sat talking about his journey, he offered a truth that matched Carly’s manifest destiny. “He told me, ‘The year we opened, we found the most important female we’ve signed, and I feel like I’m sitting with the most important one since Taylor.” That kind of belief spoke volumes. Carly and busbee got back to work finishing EVERY LITTLE THING. It’s an eclectic record held together by the life experience. There is the temptation-knowing “Hide The Wine,” the cautionary “If My Name Was Whiskey,” the small town “Honeysuckle” and the get vulnerable challenge “Feel Something.”

At times old school Country meets R&B “Color,” at others surging desire charges “Everybody Gonna Talk” or the raw-boned pushback “Doin’ It Right” suggest that modern doesn’t have to throw away the past. When Carly opens up, there’s a bit of Tammy Wynette’s sob and catch, a bit of Emmylou Harris’ crystal and sorrow.

“When you think of the females of Country music who left a mark, I want to be in there with them,” she begins. “I grew up coming to Nashville for CMA Fest Fan Fair and the International Bluegrass Music Association staying up all night going to jams. I wanted to be somebody who could stand alone with a guitar and be seen equally as a singer and songwriter. Nashville helped me find me – all of it, the hard stuff too. Embracing my life story is part of it, part of those women. We’re pegged in this town: you’re not 19, you’re old. But I’ve lived a lot of those things I’m singing about. I know. Even when I explain my past, I’m telling where I *&$#’d up. Even ‘Every Little Thing’: after all of it, it’s not about how bad, but to tell you it’s going to be alright.”More, though, than the rough, there’s the triumph and the inspiration.“Carly is all these songs,” says Busbee. “It’s all very real.” Just listen to “I Need A Ride Home.” As she explains, “That really tells my story. I have tattoos for both my grandparents, who I lost to cancer. You only have your childhood once, and they really made mine special.     “That song takes me back to sitting at their kitchen table; they believed in me more than anything. They made me believe in me – and made me promise I would do this. On their deathbed, both of them told me I was going to do it. They knew… and they helped me believe when I’d get so down. Pearce is actually my mom’s maiden name so to be able to carry it with me in everything I do is really special.”

Down is not something Carly is going to tolerate. “There’s an edge to me,” she confesses, “but I’m pretty classic. I think that’s part of it: I am real and true to me, to where I come from. It’s a place where you play prisons, tent revivals, every little bar around because it’s where the music lives. People come to hear their lives, and I think that’s part of it. I write what women live, not fancy women as much as real women – and that’s something you can’t make up.”