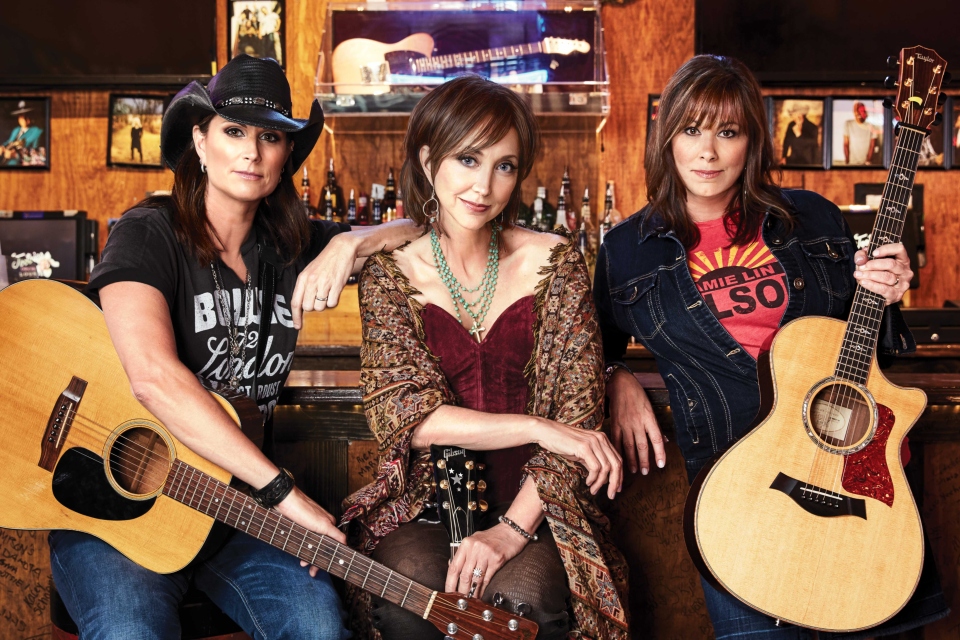 Hailing from Medicine Hat, Alberta, Canada, Terri Clark got her start by playing for tips at Tootsie’s Orchid Lounge, a legendary honky-tonk bar across the alley from Nashville’s historic Ryman Auditorium.  With over 5 million albums sold, critically acclaimed international tours, and hit singles such as “Better Things To Do,” “Poor Poor Pitiful Me,” “Girls Lie Too,” “Northern Girl,” and “I Just Wanna Be Mad,” Terri has solidified her place in the history books of country music.  In September 2018 Terri will be inducted into the Canadian Country Music Hall of Fame. The 3-time JUNO Award winner also holds the honor of being the only Canadian female member of the legendary Grand Ole Opry. She has been named CCMA Female Vocalist of the Year five times and has taken home eight CCMA Fan’s Choice Awards. In total, Terri has had the honor of receiving 19 CCMA Awards.  In 2016, Country Gold with Terri Clark debuted. The internationally syndicated Westwood One radio show airs on more than 145 stations across the USA and Canada and in November 2017 Terri was nominated for a CMA Award for National Broadcast Personality of the Year and in 2018 Terri received an ACM Award nomination for National On-Air Personality of the Year. Terri is putting the finishing touches on a new album which will be released in the Fall of 2018. www.terriclark.com

As the child of Country Music Royalty, Pam Tillis was determined from a young age to find her own way in music as a singer and songwriter. Pam Tillis has always insisted on writing and cutting songs that speak from the soul.  With 6 number ones and 14 top ten singles, Pam knows all about breaking the platinum barrier.  With more than 30 singles charting on US Billboard charts and selling more than 7 Million copies of her studio albums, Pam’s critical acclaim has not diminished.  Sony Records “It’s All Relative” (a tribute to Mel Tillis) was USA Today’s #4 Country Album of the Year and most recently Pam has released 3 Albums from her own record label Stellar Cat Records landing her a #1 on the European ECMA Chart. Pam is a 15-time CMA nominee and 2-time winner, a 9-time Academy of Country Music Award nominee, a 2-time Grammy award winner and 6-time Grammy nominee, an American Music Award’s nominee.  Most recently, a 2 time IBMA nominee and one time winner. As a songwriter, Pam’s songs have been recorded by respected names throughout all genres of music, including Chaka Khan, Juice Newton, Dan Seals, Gloria Gaynor, Conway Twitty and Highway 101.  She is currently a reoccurring guest on the TV show “Nashville”, performed an extended run on Broadway in New York in Smokey Joe’s Cafe and is a proud member of The Grand Ole Opry.   Pam Tillis’ star continues to shine brightly in the 3rd decade of her career.

During the creative explosion that was country music in the 1990s Suzy Bogguss sold 4 million records with sparkling radio hits like “Outbound Plane”, “Someday Soon”, “Letting Go”, and “Drive South”. But you can’t peg Suzy that easily. In the midst of her country popularity she took time off to make a duets album with the legendary Chet Atkins. In 2003 she made an album of modern swing music with Ray Benson of Asleep At The Wheel. An album of original music in 2007 landed her at number 4 on the jazz charts. Her folk music roots show through in her frequent appearances on public radio’s A Prairie Home Companion, in the Grammy she earned for her work on Beautiful Dreamer: The Songs of Stephen Foster, and in her critically acclaimed album and book project from 2011, American Folk Songbook. In 2014 she released Lucky, a collection of songs written by Merle Haggard and interpreted through Suzy’s crystal vocals from the female point of view. Her latest offering, Aces Redux, is a re-recording of her platinum selling album Aces produced by Suzy with fresh arrangements and her signature sparkling vocals. So yes, you can call her a country singer if you want, but really that’s just the beginning.