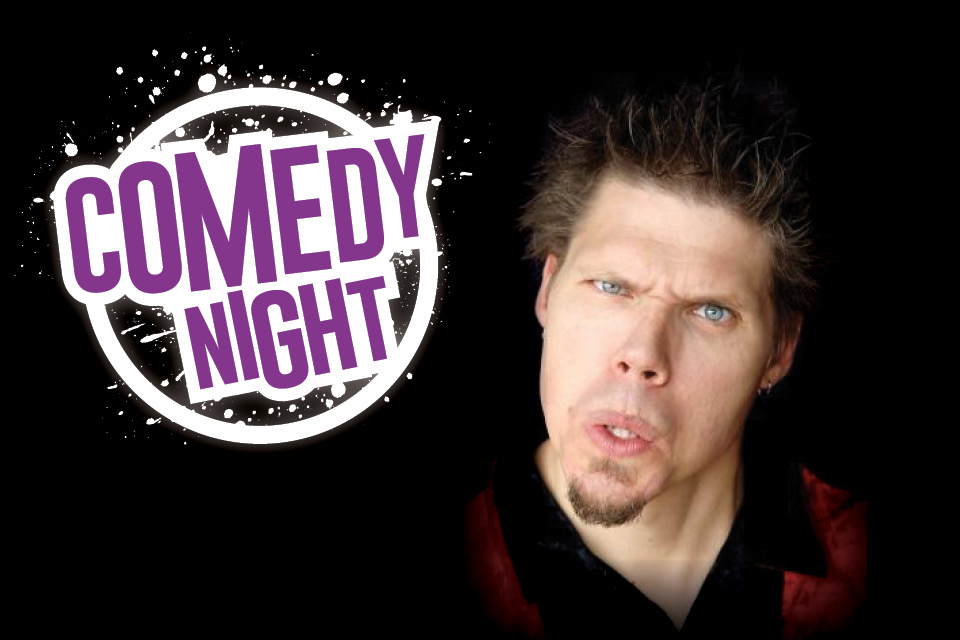 In a career spanning over 2 1/2 decades, Michael has brought his hilarious insights on life, marriage, parenthood and the evolution of humanity to ”A” list comedy clubs, casinos, country clubs, & backwoods bar rooms from coast to coast and border to border. (There was even a backyard bachelorette party) Michael”s radiant energy and personable stage presence earned him an invitation to showcase for Network execs in LA, who urged him to leave Minnesota to further his career. “you”re the funniest thing out of the Midwest, now get out of the Midwest.” – Rick Messina, Messina Baker Entertainment Corp. But if Prince could stay in Minnesota, so could he. So it”s dad by day, comic by night.

Michael Thorne hails from a burrow of Minneapolis quaintly referred to by its inhabitants as “Nordeast”. He grew up there before it was the hip, artsy community after which a beer was named. A product of an un-chlorinated gene pool consisting of factory workers and English teachers, he considers himself “cultured white trash”. “My GED is framed in mahogany.”

The youngest of 5 siblings, (some blood, some step) he was often overlooked or left to his own faculties to find his way. ” Out of great pain, comes great art. Van Gogh and Jackson Pollock were tortured souls whose struggles manifested themselves in breathtaking oil paintings. Billie Holiday was an abused little girl whose voice rang with joy and anguish. Richard Prior grew up in a
brothel watching his mother turn tricks and he made our stomachs ache with laughter about it with his brilliant turn of a phrase. Some mild neglect and Michael Thorne has a mediocre comedy career. Man, if my parents would”ve locked me in a closet and kicked my ass once in a while, I might be famous!”

He realized at a party, that everyone was staring at him for his next word after riffing with friends. ” you”ve got to do something with that.” Someone said. “What?” He said. “You”re really funny!” So instead of pursuing the radio broadcasting career he had just finished school for, Michael put together 3 minutes of the goofy cartoon impressions and little brother stories they had laughed at and brought them to an open stage at The Comedy Gallery in Uptown Minneapolis. That has lead to a career of one crazy story after another over the last 2+ decades, sharing the stage with such comic legends as the late Bill Hicks, Steven Wright and the late Mitch Hedberg. After a brief stop in the corporate World, to qualify for a home, Michael now enjoys the balance of being a home dad, sobriety, and being a comedian.