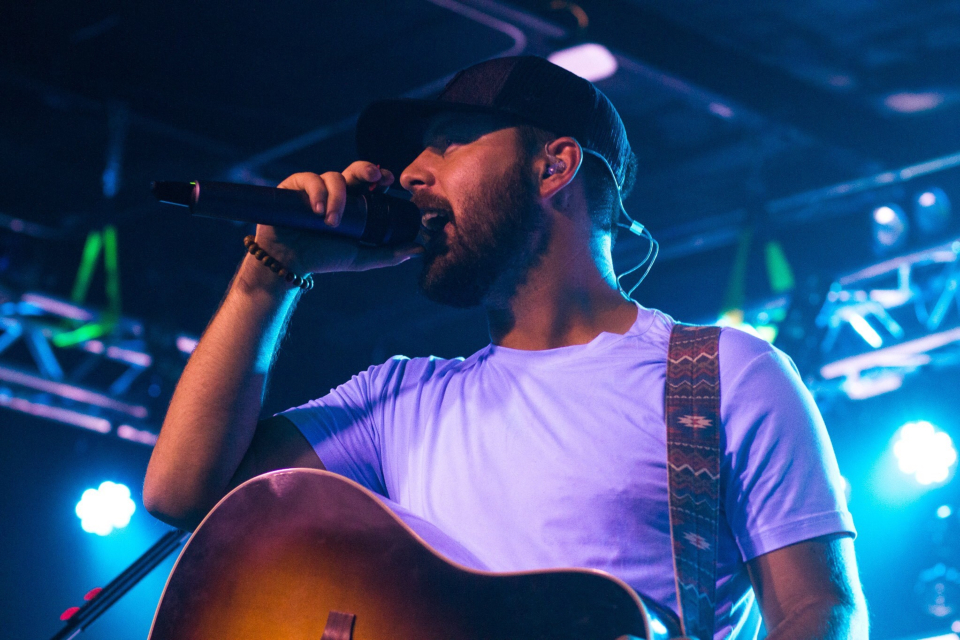 When you listen to the music on All We Ever Knew, the latest release from Daniel E. Johnson, know that it serves as the culmination of years of learning the musical ropes – and developing his skills as a performer and writer. “It’s what represents the kind of country music that I wanted my name attached to,” he says proudly.

The set is produced by industry veteran, John Palmieri, whom Daniel said was the perfect person to steer the musical ship. “I’d heard some demos, and different things he had done around town, and I really liked his sound, and wanted to bring somebody in, to help refine my sound. All We Ever Knew includes songs that will enable fans to get to know Daniel in an up-close-and-personal manner, such as the guitar-driven “Here and Now,” and the current single, “American Hearts,” which he describes as “Very much anthem-sounding, very upbeat, kind of rock-influenced,” he says. Much of the album is slanted towards the sounds he heard as a child that combine the elements of Country, Rock, and Alternative Music.

Growing up in Thomson, Georgia, music was always around Daniel– literally. He lived less than a mile away from WTHO, the local radio station, and spent hours listening to the music of his heroes on the station – and as he got older, he would make visits to the station, occasionally getting to perform on the station’s airwaves.

Daniel – the son of parents who worked in road construction (his father) and for the Board of Education (his mother) applied those talents to the drums in a punk-rock band as a teenager. A few years later, while attending college at Georgia Southern in Statesboro, Daniel began to be influenced by more of a Country sound.

“I loved a lot of the artists from Georgia, like Alan Jackson,” he recalls. “But, what really got me hooked was the artists that were emerging at the time, such as Eric Church, Dierks Bentley, and The Zac Brown Band.”

He was becoming a fan of music as a consumer, but still wasn’t sure that he wanted to make music his lifelong ambition.

And, then one night, it became obvious.

“I’m up at one of the local bars one night in college, a place called Dingus Magee’s. Some older guy was playing one night, and anyway, he had taken a break, and I just walked up to him and said, “Hey man, just want to tell you, you’re doing a great job. I play too, and I’m just getting started.” He said something to me like, ‘Man, my voice is going hoarse. Do you want to play the rest of this show?’ Now, keep in mind, I’d never played at a bar, but I think I did the last hour and a half of his show for him. I loved it,” he says firmly.

That passion for music comes across in each and every line of All We Ever Knew. “I have burned up the road. I think if I was to trace it back, it was probably that first night – which was nothing more than an open mic night.”

As the music bug became more apparent, Daniel was making that trek up Interstate 75 – first to Atlanta, where he recorded his first two EP’s, and then…..to Nashville. He still recalls his first time there. “I had started writing, and I was still living in Georgia, and I started writing some songs with another guy from my home town. He said “Man, we should go up to Nashville and record some of these.” I came up, and I stayed on my friend Ray Fulcher’s (Luke Combs) couch, and I cut three songs that week.”

Daniel was also impressed with the songwriting community. “I went out to the different writer’s rounds and met guys in town.” Needless to say, he was hooked. “When I came back, I told my girlfriend, who’s my fiancée now, that, ‘Hey, I want to move there.’ I knew it as soon as I came home that week, and I moved six months later.”

He says that making that decision definitely had an impact on his music. “What I found is that the competition makes you so much better. I’ve seen my abilities and confidence as a performer, as a writer just skyrocket. I wish I would have moved there sooner.”

What are the goals for Daniel with All We Ever Knew? “I would like to continue to build a fan base and be able to bring people into my shows because they want to hear my music. In the long-run, I’d like to be touring around this new album, and a potential record deal,” he says.

From the sound of the music that Daniel is releasing, he’s well on his way there. “I love being on stage and putting on a show. I really wanted to bring to this album – energy, and an edge. I also think it’s important to have great, relatable lyrics, ones that people would be singing along back to us with, and I really think we achieved that.”