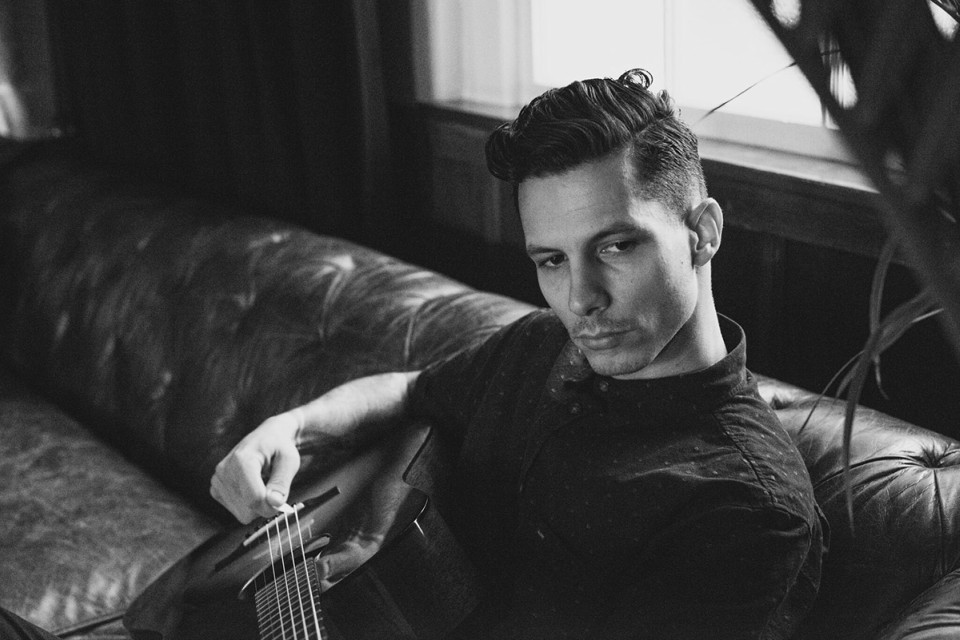 Warner Music Nashville / Atlantic Records artist Devin Dawson is not your typical country artist. His look is dark and bold. His sound is sleek and raw. He has a knack for writing razor sharp stories that cut straight to the heart, full of detail and clever turns of phrase. And his songs speak the language of a new generation. Dawson is an edgy study in contrast, poised as the next bolt of lightning to hit country’s family tree.

His approach to music is not different on purpose, it’s different with purpose. Twenty-eight years old and from Orangevale, California, Dawson grew up just outside the gates of Folsom Prison. He heard the sirens at night, and sang along to Johnny Cash, Alan Jackson, Marvin Gaye and Creedence Clearwater Revival. Arriving in Nashville in 2012, he put his unique skills to use authoring songs for other artists. When it came time to put together his own debut album, he teamed with equally daring producer Jay Joyce (Eric Church, Little Big Town, Brothers Osborne). Having co-written every track, the result is a mix of organic roots and high-voltage country, full of romance and delivered with a distinctive saw-toothed vocal. As he gets ready to join Maren Morris’ Hero Tour this year, Dawson is already establishing a reputation in Nashville as one of the most exciting modern singer-songwriters the format has ever seen.