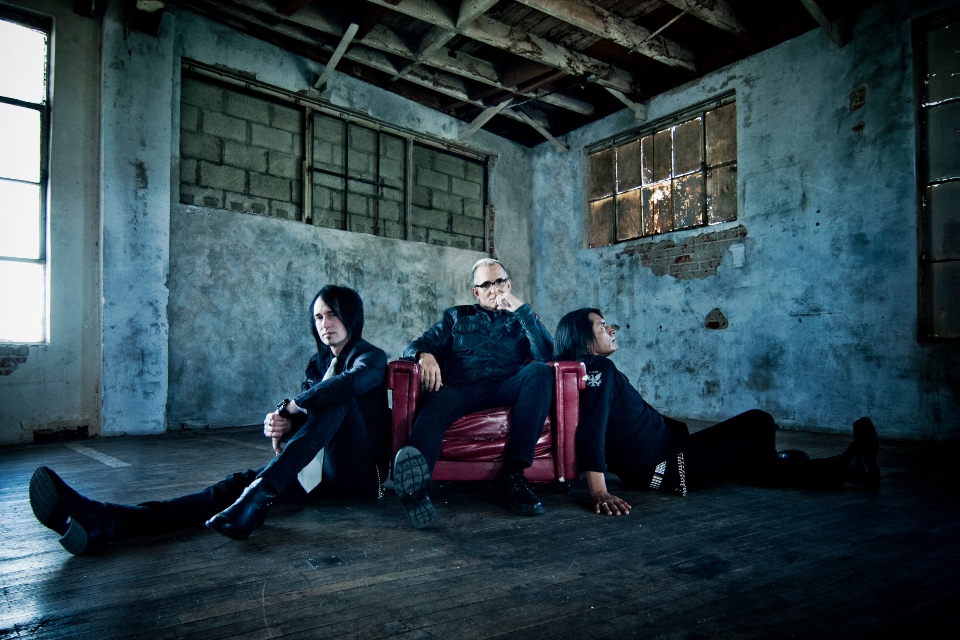 Considering Everclear has written and recorded some truly iconic ’90s alt-rock hits, it would be all too easy these days for the band to be a victim of its past successes, relegated to performing as a glorified jukebox, existing to satisfy the nostalgic cravings of Gen Xers everywhere. But singer-guitarist Art Alexakis isn’t about to start phoning it in now.

Although the band hasn’t released a new studio album since 2015’s triumphant Black Is The New Black, Everclear continues to tour actively. And while it’s a virtual surety that no Everclear gig is complete without a rendition of “Santa Monica” and “Father of Mine,” lately the band has found that exploring the full range of past material—especially the “deep cuts”—not only gives fans a rare treat, it also injects new life into the band’s live dynamic.

“By mixing it up and digging into the catalogue, it still makes it fun and relevant for us, and I think for the fans as well,” says Alexakis. “It’s still important to play the hits, but by playing those other songs as well, it makes it all seem more vibrant and real. Even though I recorded some of those songs 20 years ago, I haven’t played them in a long time, so it’s like reinventing the wheel. I’m having more fun now than I have in years. I think all of us are.”

Formed by Alexakis in 1991 in Portland, Oregon, Everclear has enjoyed a lengthy career spanning 11 studio releases, numerous videos, thousands of shows and accolades that include a 1998 Grammy nomination. Like a true survivor, Alexakis has soldiered on through multiple lineup changes over the years: During the “classic” era, the band also included Craig Montoya on Bass and Greg Eklund on drums; the current touring lineup features longtime members Dave French (guitar) and Freddy Herrera (bass), as well as drummer Brian Nolan (also with American Hi-Fi), who has performed with Everclear on multiple past tours.

Everclear spent May and June of 2017 touring in honor of the 20th anniversary of So Much For The Afterglow, the band’s massively successful sophomore major-label release. The 40-date run was an incredibly emotional and personally satisfying experience for Alexakis, who was able to perform obscure cuts from that time period for the first time in many years. Connecting with fans in that setting also reinforced the lasting impression the album has made.

“The tour was phenomenal. It left me and the band stunned at how important that record was to so many people, and to be a part of that, both then and now,” says Alexakis. “The legacy of it is still vibrant for so many people. It was great just watching people react when we were playing not just the hits, but deeper songs on that record. I always liked the deeper songs—they were usually my favorite songs—and when the band would play those, it would be really exciting and important for me. That was fun, seeing that reaction, and just talking to people after the show.”

Prior to that, Everclear experienced a career resurgence thanks to 2015’s Black Is The New Black, which not only proved the band could still rock, but also that Everclear remains creatively relevant, decades after their platinum years. As is common for many artists these days, Black didn’t set records for traditional album sales, but the release did see significant streaming activity and sparked a heightened social media presence, putting the group firmly back in the listening public’s mind. The band continues to ride this latest wave of interest.

“I personally think [Black] is one of the best records Everclear has ever made,” Alexakis says. “It sounds like both old Everclear and new Everclear: It has a contemporary production sound, but it’s just old-school, angry rock songs. It’s kind of dark, very reminiscent of the early stuff. The sales weren’t great on it, but a lot of people streamed it. It got millions and millions of streams, so people were listening to it, and it resonated.”

But when you’ve been a prolific band for more than a quarter-century, it’s all part of the journey. Right now, Alexakis is feeling a reflective pull for the 25th anniversary of World Of Noise, the band’s indie debut, which was recorded for $400 in a friend’s basement in Portland. Although no official commemorative tour dates are confirmed as of this writing, Alexakis says he’s considering playing some smaller, select shows this year as a tribute to the release. Much of the material rarely sees the light of day, but the 1993 album continues to enjoy a special place in Everclear history.

“We’d just had a baby, I was on public assistance and was working part-time jobs, I was very frustrated and very angry and there were a lot of emotions going on,” Alexakis reflects. “I made that record for $400, because that’s all I had. I got this guy who had a basement studio to give me 40 hours’ worth of recording at $10 an hour. We had 10 or 11 songs, so we went in and recorded them in a week and mixed them, and that’s the album.…From there we just hit the ground running. I still haven’t stopped.”

That rough and raw first attempt was just the nexus of the massive body of work Everclear and Alexakis have contributed since that humble beginning. When it comes to recording new material, at the moment Alexakis is focused primarily on writing and recording his first solo album, due out later this year. That precludes a new Everclear release…for now.

“We might make another record in a couple years,” he says. “Maybe later on this year I’ll feel like it. I don’t know yet.”

That said, the band’s live itinerary certainly makes up for its recent studio absence. As the group prepares for another Summerland run, as well as numerous other future dates, Alexakis is excited to revisit songs from fan favorite records like Afterglow, Sparkle and Fade and the double album Songs From The American Movie, but also compositions from more underrated collections, like 2012’s Invisible Stars.

“There are people asking for songs, so we’ll just try and learn songs as we go,” Alexakis says. “If we get a lot of response from people to play a certain song, we’re going to learn it and go on the road and play it. You don’t think, ‘Wow, I can’t sing that high anymore.’ We’re not going to worry about it. We’re going to play some rock n’ roll, and just do it.”