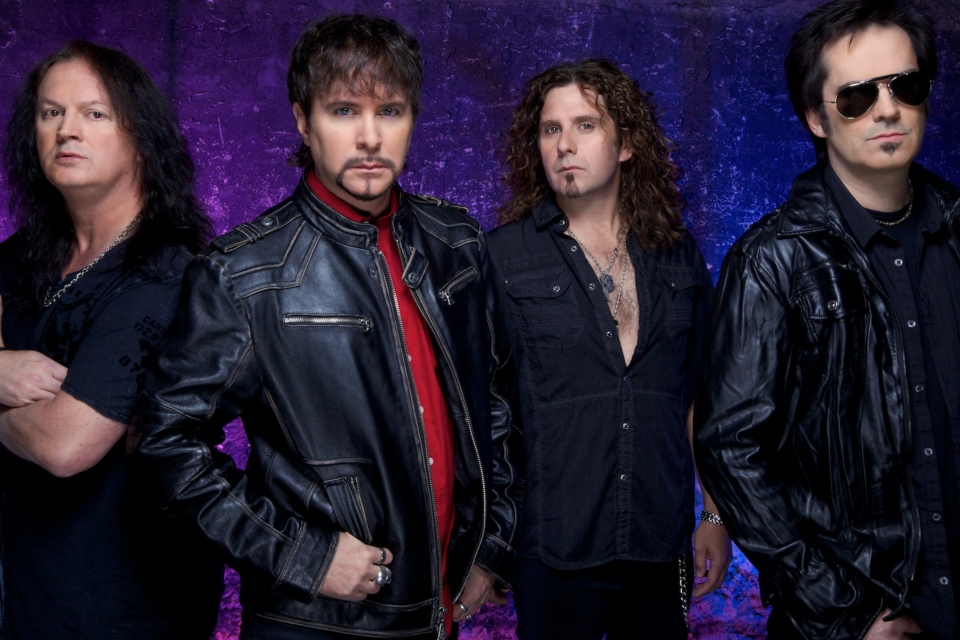 FireHouse has been rockin’ for over a decade. Their music has taken them all over the world and has produced Gold, Platinum and Multi-Platinum records in the United States and countries abroad. In 1990, their first album, entitled FireHouse, was released. The band’s first single, Shake & Tumble, had impressive radio success. The band then released Don’t Treat Me Bad, which became their first Top Ten hit. This was followed by Love of a Lifetime, which also entered the Top Ten, reaching the #3 spot on the United States charts. This string of hits vaulted their first album to double platinum status in the United States; also going gold in Canada, Japan and Singapore. At the 1991 American Music Awards, Firehouse found themselves standing before the nation accepting the award for Best New Hard Rock/Metal Band, chosen over Nirvana and Alice in Chains.

The band’s second album, Hold Your Fire, was released in 1992. It produced the hits Reach for the Sky and Sleeping with You. Another Top Ten hit, When I Look into Your Eyes, peaked on the United States charts at #5. This album earned the band two more gold albums and over 1 million sales worldwide.

In 1995, Firehouse released their third album on Epic, simply titled 3. Once again, Firehouse produced another Top Forty hit in the United States with I Live My Life For You. It was with this album that Firehouse made their first trip to Southeast Asia for a promotional tour. Earlier American hits like Don’t Treat Me Bad, Love of a Lifetime and When I Look into Your Eyes had
climbed the charts in Asia. Here for You, the second single from 3, had also become a hit. The band then continued their promotional tour in South American countries such as Brazil and Argentina.

Their fourth album, Good Acoustics, was released in 1996 and quickly went gold in Malaysia, Thailand, and Philippines. Good Acoustics contains unplugged versions of the group’s greatest hits, as well as four new songs. This album produced foreign hits such as In Your Perfect World, Love Don’t Care and You Are My Religion. The band returned to Southeast Asia
for another promotional tour at the end of 1996. Then, in February 1997, Firehouse embarked on their first concert tour of Southeast Asia playing sold out shows for fans in Indonesia, Singapore, Thailand, and Japan. During May and June they toured the United States before returning to Southeast Asia in July for an unprecedented twenty-five city sold out tour of Indonesia. In 1998, Firehouse toured the United States on the Rock Never Stops tour, which also included Slaughter, Warrant, Quiet Riot, and LA Guns. October of 1998 featured the Asian release of Firehouse’s fifth CD, Category 5 on Pony Canyon Records. The album quickly climbed to #4 on the Japanese charts, and supporting promotional tour of Japan followed. Category 5 was officially released in the United States in 1999.

Firehouse continued touring through the winter and spring of 1999, including 3 more sold out shows in Tokyo, Nagoya, and Osaka. On April 22, 1999, the band recorded their live show in Osaka. The result – the first ever live album by Firehouse. Bring ‘em Out Live was released in Japan in December 1999 and in the United States on Spitfire Records in July 2000.

The turn of the century brought the release their seventh album, titled O2. It has been released in SE Asia on Pony Canyon Records, and in the US on Spitfire Records. This album had notable success despite the changing style of popular rock music. During this time, the band decided to part ways with original bass player, Perry Richardson. O2’s remarkable bass playing was supplied by Bruce Waibel. Bruce brought to the band his phenomenal bass playing along with is equally impressive sense of humor. We truly regret to say that in September 2003, Bruce has passed away. He will be greatly missed as a friend and talented musician.

FireHouse headed back into the studio in early 2003 to write and record their 8th album, PRIME TIME. As music changes over time, FireHouse continues to evolve their musical style; yet, at the same time, hang onto their hard rock roots. Released in October of 2003, album number 8 is no exception. You can expect to hear what FireHouse is famous for … soulful, melodic hard rock.