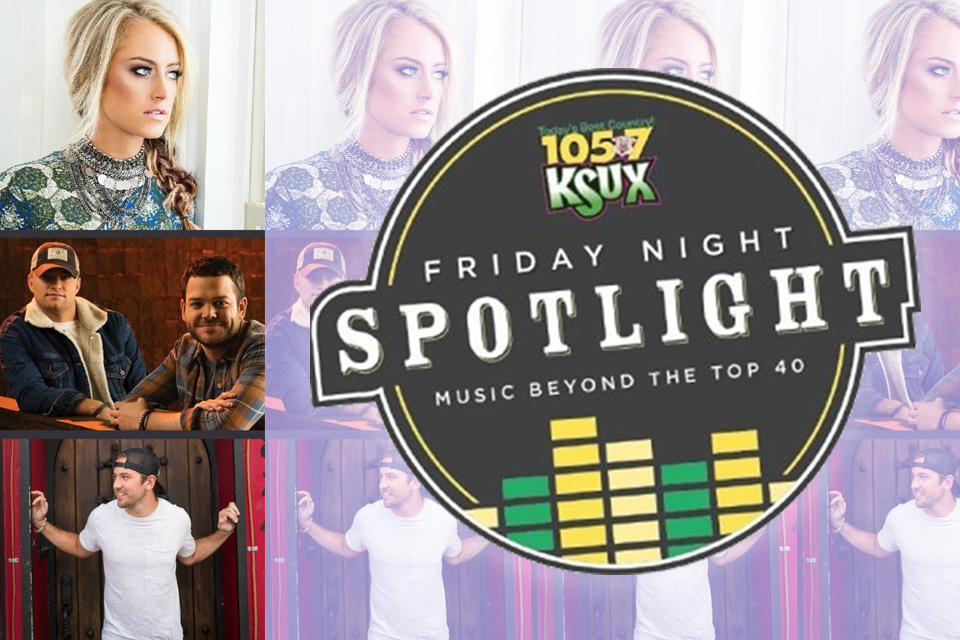 Even ahead of its official release to country radio, Brooke Eden’s heart-bending torpedo “Act Like You Don’t,” immediately sparked rabid response among media and fans. Co-written by the RED BOW Records act, the punchy stand-out track, heralded as “powerful” by The Huffington Post, earned placement on NBC’s TODAY show and has garnered over FIVE MILLION Spotify streams to date.

Deeply personal to Eden and fiercely honest in its candor, the emotional cannon points towards the fragile end of a relationship. “[Writing the song] helped me work through a break up and land on my feet on the other side,” Eden recently shared. The fast-rising star’s signature vocal swagger and versatility is laden throughout the contagiously relatable ballad, proving the Florida native’s staying power as “one of the most jaw-dropping voices in the country music world” (Variety Beat).

On the heels of the recent release of Eden’s debut EP, Welcome to the Weekend, the accolades continue to pour in for the pint sized dynamo. Eden has been named an Amazon Music “Artist to Watch in 2017,” Vogue’s “10 Country ‘It’ Girls, one of CMT’s Next Women of Country, a SPOTIFY“Spotlight 2016” Artist, PEOPLE’s “Seven Country Acts You Should Check Out” and one of CMT’s “16 Listen Up Artists for 2016” as well as “One to Watch” by Country Music Rocks, NASH Country Weekly, MySpace, Nashville Lifestyles, Roughstock, Sounds Like Nashville, Whiskey Riff and more.

The young Loxahatchee, Florida native came up the artist ranks by paying her dues, performing in clubs and learning the craft of songwriting from the tender age of four. Lauded for her commanding stage presence and brassy straight-shooting style, Eden has performed over 500 shows in four years, including opening for superstars such as Tim McGraw, Alan Jackson, Sugarland and Florida Georgia Line.

Championed by Billboard as a “fiery country star-in-the-making,” Eden’s debut EP Welcome to The Weekend is available at all digital retailers and streaming services now.

After meeting onstage at a writers round just days after moving to Nashville, Jordan – the “super country” guy, raised in Texas with a love for classics like Keith Whitley and Dan Seals – and Johnny – the quintessential “rootsy” guy, a Kansas City native schooled by left-of-center icons like Tom Petty and John Prine – discovered a yin-and-yang musical connection that fit together like puzzle pieces – and the duo Walker McGuire was born.

“If you put us in a room with 100 people and everybody listed the kind of music they grew up on, there’s no way you would put us together,” Jordan explains with a laugh. “It was one of those written-in-the-stars things you just can’t deny.” Aside from the differences in taste, the duo even look like polar opposites – Jordan in an ever-present ball cap and cowboy boots and Johnny in his laid-back bohemian threads – but their vocal blend has a chemistry that could melt steel, a match of crystal-clear and raspy tenors that recalls sibling-harmony greats. Since solidifying their bond, Walker McGuire have set to work honing their sound on the road, building an under-the-radar fanbase and playing close to 300 cross-country shows each year.

“The sound ranges from those old-school ballads to really uptempo, in-your-face pop-country rock,” Johnny explains. “We tell people, if you took Keith Whitley and Tom Petty and intersected them at Matchbox 20, that’s kind of what we’re going for,” Jordan adds. Far from a copy-cat act, though, Walker McGuire write story songs with in a modern country style that is 100 percent their own – rooted in classic themes and sounds, but with an added touch of wit and sometimes flat-out comedy. “When we started writing together, we didn’t have some guy who already had a few No. 1s saying ‘Hey, I’ve got a system,’” says Jordan. “We just did our own thing and now people are saying ‘Hey, what are these guys doing?’”

What they’re doing has already turned heads. Since earning placement on Spotify in Spring of 2016, “Til Tomorrow” has been streamed nearly 15 million times – which the guys playfully jest is way more times than they could click on it. The buzzworthy hit captures the see saw of emotions we all struggle through after a breakup, even months later. “We wrote it like we were sitting on a barstool, ordering drinks like ‘I’m fine. I’m good. I don’t need her,’” Jordan explains. “But in the morning you wake up and it hits you like a ton of bricks, you check your phone and you’ve texted them in the middle of the night.”

The duo has much more on tap, like the tender but playful “Mysteries of the World,” co-written by the guys – about the against-all-odds nature of true love (plus other mysteries, like where socks in the dryer go, D.B. Cooper and more). Meanwhile, “Best Kinda Bad” (another Carper co-write) tackles the flip side of attraction, an epic uptempo about a girl who’s all wrong, but too good to forget.

Guided by veteran producer Mickey Jack Cones (Dustin Lynch, Joe Nichols), these odd-couple “brothers” are each talented artists in their own right. But when put together, they’re simply unforgettable. More than 200,000 miles in a beat-up van has introduced their once-in-a-generation sound to fans across the country, and now its time to take the next step. But even though they’re out of the van, into a bus and working on their debut release, some things will never change. “At the end of the day, you can impress your peers in Nashville with the songs you wrote, but can you go out and entertain the guy who just worked 9 to 5 and really doesn’t even want to be there, but his wife dragged him out?” Jordan asks. “That’s the big picture.”

Chris Bandi is country – and he’s everything in between.

One of the most exciting up-and-coming singer/songwriters in a generation of Nashville musicians who embrace diversity in country music, Bandi has gained attention by developing a sound entirely his own. Drawing from his childhood days in St. Louis all the way through fraternity parties at Ole Miss, the emerging artist has no end to his inspiration.

With an early foundation in country and rock, Bandi went on to experience everything from a self-described “middle school rebellion” phase filled with Good Charlotte and Blink-182 to an R&B craze with Usher, Nelly and Chris Brown. After playing local shows in a high school band, the Missouri native took a break from performing when he made the move to Mississippi for college – until, that is, he found out about the beer.

“I figured out they would give you a free bar tab if you played songs. My junior year I would play as many nights as they would let me and I took on both my roommates. One of my roommates was my merch guy – we didn’t have any merch – and then the other roommate was my manager,” he grins.

It was during these beer-fueled performances in the small town bars around Oxford, Mississippi that he realized his years in country music wouldn’t end with the car radio on the way to school. Knowing where he needed to be in order to go where he wanted to go, Bandi graduated and made his way to Nashville.

In the four years since he has been in town, the 27-year-old has made Music City a hell of a lot of music. In 2015, Bandi teamed up with United Talent Agency and since then has played over 300 shows all over the Midwest and southeast, opening for artists including Kip Moore, Canaan Smith, The Marshall Tucker Band, Locash and High Valley.

“We originally took the map and drew a six-hour radius of where we could play – and not go broke doing it,” Bandi laughs. “We stayed in that six-hour radius for about a year and then started branching out more and more. Now we’re going to L.A. and San Diego and Key West.”

Playing everything from Garth Brooks to R. Kelly and Ed Sheeran to Marvin Gaye, Bandi strives to keep his shows upbeat and fun for the crowd. Touring, he contends excitedly, is the best part of the job.

“I have a band that I travel with and being out with them, the camaraderie, just seeing the world and the fans and being able to call it a job – it’s pretty cool,” he says.

When not owning the stage, Bandi has begun making a name for himself as one of Nashville’s most promising young songwriters. His first single, “Man Enough Now,” boasts over half a million streams on Spotify alone. The acoustic-lined track rings with touches of R&B and pop, reflecting on the true story of a love not meant to be.

“I dated a girl in college that I was too immature to be in a relationship with at the time,” he says simply. “I did a bunch of stupid stuff and she left. I learned my lesson and grew up.”

Co-written by himself along with Jason Massey and Jason Duke, both known for their smash hits with GRAMMY-nominated artist Kelsea Ballerini, the song was chosen as a “YouTube Find” on SiriusXM’s “The Highway” and, due to massive fan response, the station then bumped it up to an “On The Horizon” track. Spotify added the song to its “Wild Country”, “New Boots” and “Hot Country playlists where it has garnered over 13 million streams! CMT also picked up the video shot in Gatlinburg, TN.

Bandi and his team, who have taken a hands-on, grassroots approach to jump-start his career, are reaping the rewards delivered by the support of the industry. “Man Enough Now” has earned critical praise from outlets including Whiskey Riff, The Shotgun Seat and The Boot – the latter two of which named Bandi to their “Artists to Watch” lists for 2017.

With a personality as energetic as his live performances, Bandi, of course, shows no signs of slowing down, recently premiering his latest single “Gone Girl.” Laden with a thick groove and funky vibes akin to The 1975, the song is “about a girl that, no matter what you’re doing, if she calls you, you’re there. You’re gone.” Written alongside Jason Massey and Forest Glen Whitehead, Bandi debuted the track exclusively with Taste of Country.

With “Man Enough Now” and “Gone Girl” in tow, Bandi continues to work on an upcoming EP. Despite his early success, the singer/songwriter talks modestly of what is to come, insisting that he writes only what he knows.

“People would pitch me songs when I first moved to Nashville, but I grew up in St. Louis,” Bandi shrugs. “I didn’t grow up riding around on back roads. I couldn’t really record those songs and make them true to myself. Out of necessity I felt like I had to write what I lived.”