From Ashes to New w/ Palisades 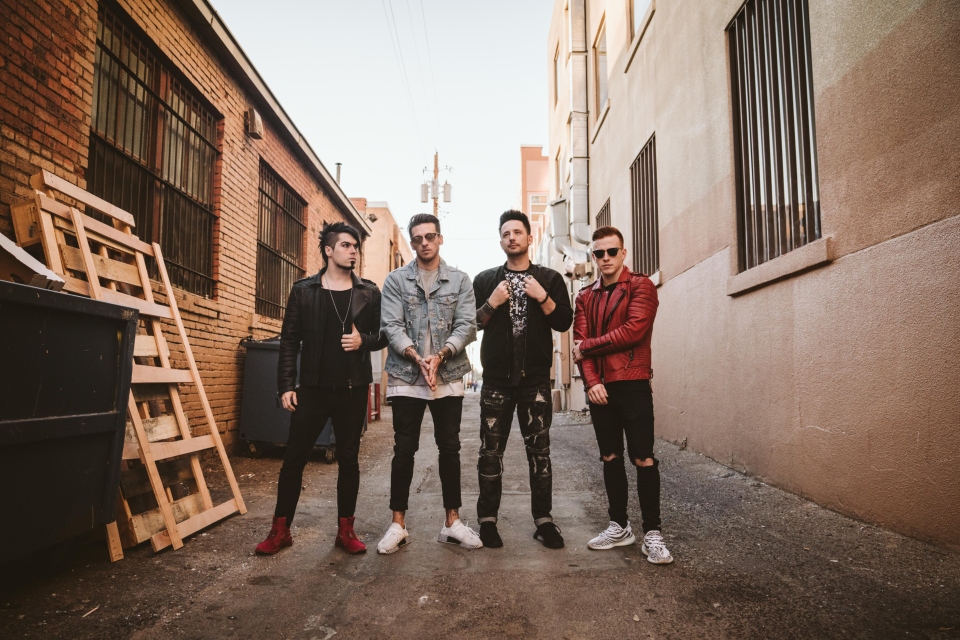 From Ashes to New with Palisades

The future is something that all of us must deal with yet it’s often uncertain and that was the case when it came to the making of From Ashes To New’s sophomore full-length The Future.

When the band’s vocalist/keyboardist/programmer Matt Brandyberry rhymes on the title track “The Future”, “Day One is over, The Future’s approaching, the embers are glowing, we’re spreading the ash,” it’s not only verbal wordplay about moving forward from their most recent album Day One, it also serves as a declaration of From Ashes To New’s mission statement for this album: The Future Is Here.

The follow-up to the 2016 debut album Day One, which saw the band break into the Top 10 Active Rock Chart with the track “Through It All” and featured streaming hits “Breaking Now” and “Lost and Alone”, The Future sees the Lancaster PA-based group embracing a new path, revealing a new lineup, and marking a massive step forward. “We went through an extreme level of adversity while creating this album, explains Brandyberry. “Pretty much anything that could go wrong to slow down the process and throw you a curveball happened, but we came out on the other side.”

Following the success of Day One and extensive touring, the group’s drummer and co-vocalist decided to step away. Instead of focusing on setbacks, Brandyberry focused on a path forward for From Ashes To New. In March 2017, he began working on the new album with drummer Mat Madiro (Trivium) and guitarist Lance Dowdle—but finding a vocalist who could complement Brandyberry’s rapping was a complex process – it had to be the right fit! – so the group decided to begin writing The Future as a trio. “I was in a bad mind frame because of what was happening with the other members leaving and the anxiety made it difficult to write at times but ultimately we came together and decided we were going to write the best music we possibly could and see where that took us,” Brandyberry recounts.

Once this collection of songs started coming together the group starting auditioning vocalists and Brandyberry kept coming back to Danny Case even though the singer didn’t necessarily have the same amount of experience as some of the seasoned pros who wanted the gig. “We asked our fans to help us find a great vocalist, and we kept coming back to Danny because he has such a dynamic range. Being able to go across that spectrum with his voice was a huge selling feature—and not only that but the dude is driven,” Brandyberry explains. “We were looking for someone who wants it, he’s hungry for it and he wants to work hard and earn their success… and Danny is that guy.”

From Ashes To New’s chemistry lies at the core of The Future, an album that sees the band expanding their music palette and taking their blend of rock, hip/hop, pop and metal to new heights. From the relentless, syncopated groove of the opener “Wake Up” to the arena-ready anthems like “Gone Forever” and Current Single “Crazy”, to the hip-hop/electronica-influenced hybrids like “My Name,” The Future is a unique album that fans will undoubtedly relate to with regardless of what type of musical scene they usually embrace.

The album was written at Brandyberry’s home studio and then recorded at Atrium Audio with producers Carson Slovak and Grant McFarland (August Burns Red) eventually mixed by Josh Wilbur (Korn, Lamb Of God). A last-minute experiment brought about “Nowhere to Run” recorded with Nick “Raz” Furlong and Colin Brittain (Papa Roach, Blink-182). With all this, The Future became a collaborative album in the truest sense of the phrase.

“This is the first record that other members really got a chance to put their stamp on and I think you can hear that influence on every song,” Brandyberry explains, adding that he and Lance, an accomplished programmer, were able explore new sonic textures by combining the organic and electronic aspects of From Ashes To New in a way they’ve never fully realized in the past.

Speaking of which, The Future also sees Brandyberry taking everything to an entirely new level in a way that perfectly complements the bands roots and the impassioned singing of Case. “Songs like (the album’s stellar title track)‘The Future’ is the best rap I feel I’ve ever written and features a children’s choir “I think that song in particular has a perfect blend of everything that we do. I really love the raps on that track because I feel like it really challenged me and hopefully shows how I’ve been able to grow and find new ways of executing ideas as an artist and a writer with this record.”

“The concept is obviously about the future of the band but it’s also the future of our world,” Brandyberry continues. “We’re actually happier now with what we are putting out than we’ve ever been, so we look at everything went through as a blessing in disguise.” Whether you’re a longtime supporter of the band or a recent convert to their innovative sound there’s no question that The Future established them as one of the leaders of their genre. Now it’s time to make that future a reality.