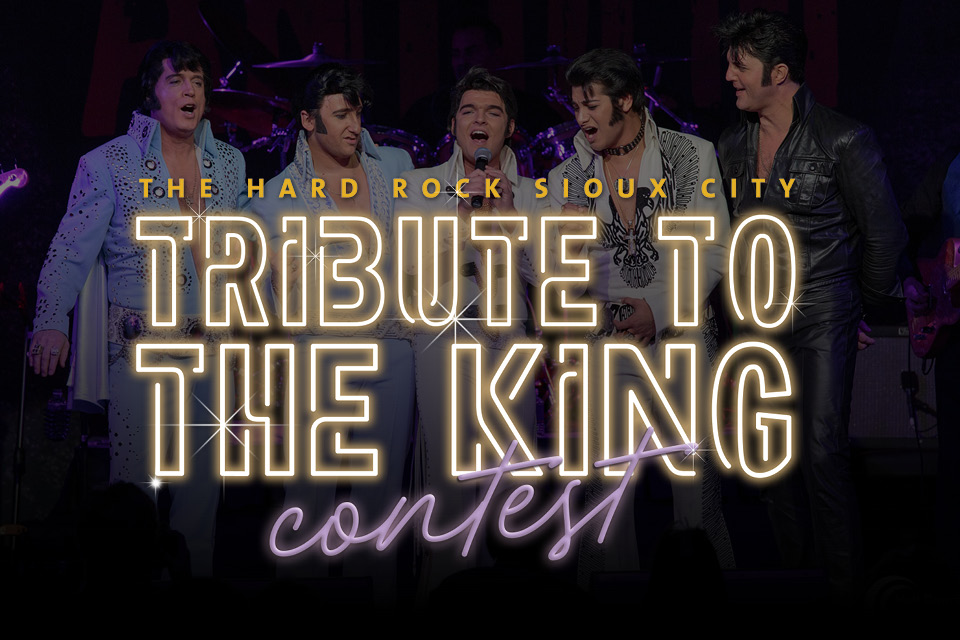 Must be 21 or older. Doors open one hour prior to show start time. Performers pictured do not represent current contestants.

Hard Rock Hotel & Casino Sioux City is to host 10 of the world’s best Elvis Tribute Artists competing over three rounds of competition. The best Elvis will be crowned as the Hard Rock Sioux City Tribute to the King Champion. The competition will include impersonations, singing, and of course, swinging some hips.