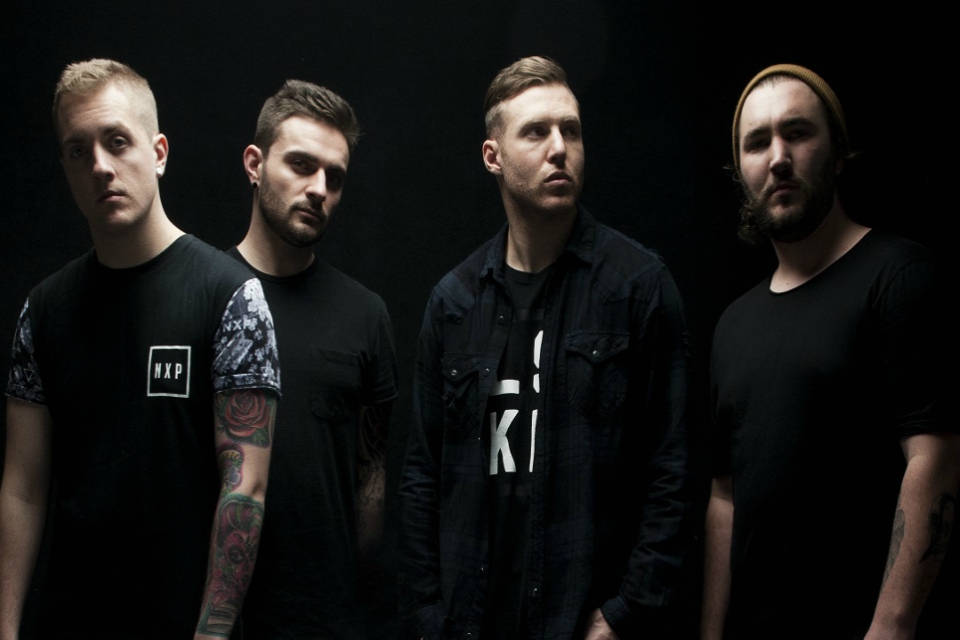 Certain moments in life change everything. The trajectory splinters, and there’s no turning back. I Prevail—Brian Burkheiser [clean vocals], Eric Vanlerberghe [harsh vocals], Steve Menoian [guitar], Dylan Bowman [rhythm guitar] —explore this phenomenon within the title of their full-length debut, Lifelines [Fearless Records]. I Prevail are no strangers to this experience. After the release of the band’s 2014 debut EP, Heart vs. Mind, nothing would ever be the same. The EP moved over 100,000 copies as the Detroit band toured with the likes of Hollywood Undead and Crown The Empire. Meanwhile, the group’s cover of Taylor Swift’s “Blank Space” sold 300,000-plus singles, went Top 20 on Active Rock Radio, and generated over 22 million views on YouTube and 17 million-plus Spotify streams (consistently remaining in the Top 10 of the platform’s Viral Chart). The band would be nominated for “Breakthrough Band” at the 2016 Alternative Press Music Awards and garner features from Billboard, Detroit Free Press, AXS, Loudwire, and many more. Everything has aligned and set the stage perfectly their debut full-length, Lifelines. In early 2016, the boys retreated to Wall of Sound Studios in the small and secluded town of Riley, Michigan to work with trusted producers B.J. Perry and John Pregler. With nearly two years on the road under their collective belt, the group had fully realized their style, merging entrancing hooks and a powerful and pummeling sonic backdrop. Ultimately, Lifelines sees I Prevail take another big collective life step. Lifelines debuted at #3 on Alternative Albums, #4 Hard Music Albums, #5 Rock Albums, #9 Top Album, and #15 on the Billboard Top 200, with Alternative Press naming Lifelines one of the Best Debut albums of 2016, nominating them in Breakthrough Artists in 2016 Alternative Press Music Awards. The band’s single “Stuck In Your Head” reached #1 on SiriusXM Octane Radio. Without slowing down, the charged into 2017 as a breakout artist on the country’s biggest metal festivals, nominations in the 2017 Alternative Press Music Awards for Best Album (Lifelines), and Best Guitarist (Steve Menoian) and summer-long main stage slot on the Vans Warped Tour 2017.