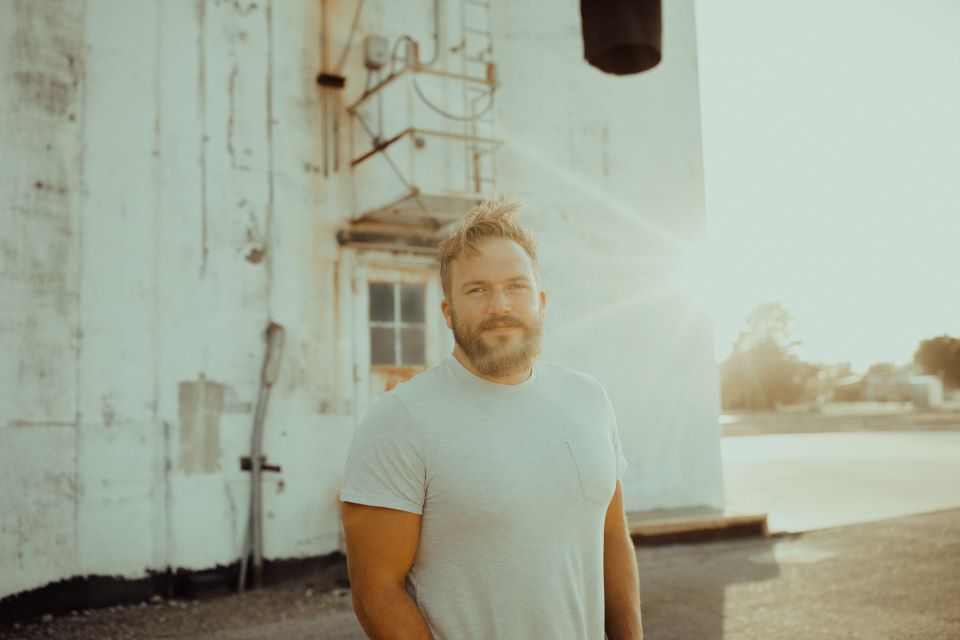 Trying to get all of Logan Mize’s backstory straight is a little bit like herding cats. But it makes for some great songwriting material.

It involves stories about him living in his Suburban, Justin Timberlake being a fan, his great uncle discovering Buck Owens back in Bakersfield, selling out 2,000-seat venues with no record label behind him, driving a dump truck, wooing his now wife with sushi and a bucket of chicken wings, filming a commercial with Hayden Panettiere, getting a smile and a nod from Merle Haggard during a performance and being named the tourism ambassador by the Governor of the state of Kansas.

All true stories. And there are more where those came from.

There was that show he booked before any of his records came out. He and his band sold out a 600-person capacity club. “We tried out all the songs,” Mize remembers. “They sold out of beer three times that night and they didn’t pay us much of anything because I didn’t even know you had contracts for that sort of thing. That was my crash course in touring and playing clubs. All my old friends, teachers, all the people who laughed at me for going to Nashville — all of a sudden, we held their attention. For three hours. That night I was like ‘this might actually work.’”

But before any of the musical momentum, a young Mize would sing Elton John songs on a karaoke machine in his bedroom, but refused to sing in front of anyone. But after a Kenny Chesney concert in Wichita, the course of this 16-year-old kid’s life was forever changed.

“I have gone through waves of what I want to happen with my career,” Mize says. “Sometimes I forget about the 16-year-old kid who wanted to be Kenny Chesney. But ultimately at the end of the day I am still that kid sitting in the nose-bleed section seeing all the semis parked out front of the arena. I wish I could say I’m just happy to be in the game, but that’s not true. If we aren’t going to shoot for the biggest outcome possible, why do anything?”

That’s precisely why Logan Mize hasn’t let any of the pitfalls that have been sprinkled throughout his musical journey slow him down. And why his new record, Come Back Road, is his best one to date. He has endured bands breaking up. Drummers moving away. Recording projects with big names going unfinished. He’s been homeless, he’s been turned down multiple times up and down Music Row, and he’s come out on top with a project chock full of great songs that is already generating more great stories to add to the story that is his life.

“This record has modern feels to it, but sounds a bit more Midwestern,” he said. “There are a lot of ethereal sounds that represent that open prairie to me. It’s more of a heartland record than a southern record. It’s a record I am super proud of.”

And if the success of the record’s first single, It Ain’t Always Pretty is any indication, this album is poised to be his biggest one yet. After being played on the nationally syndicated morning radio show, The Bobby Bones Show, the song catapulted to #2 on the iTunes chart and has been streamed more than 20 million times on Spotify.

Show host Bobby Bones told his massive audience after playing the song, “That’s a jam, dude! I get chill bumps from that song. That is a Hit. I’ve never even met the guy. I just think it’s the jam. I have handed every record label a hit! If you don’t sign this guy and put him on the radio – I quit!”

Suddenly, all those years of sleeping on people’s floors and driving 6-hour round trips to Nashville to maybe get a chance to play at The Bluebird, seem to begin paying off.

“I knew a fiddle player who had moved to Nashville and he told me if I ever came to town I could stay with him,” Mize remembers. “One day I loaded up my truck and had just enough gas to get to Nashville and $60 left over. I got into town about 3 a.m. and drove to his apartment. His light was on so I pounded on the glass and he let me in. I slept on the floor in his laundry room for a while.”

But then one day he started a band that couldn’t keep a rehearsal space because there was no money to pay the rent. Not long after that was the house party at the rental he was living in where someone burned down the barn while he was on a beer run. But during this time, he met a girl named Jill Martin, who would become his wife, he got a publishing deal with Big Yellow Dog, started selling out venues, and in 2016 embarked on a social media-guided acoustic concert trek across the country in his 1989 station wagon he coined “Glenn.” A road trip he says will go down as quite possibly the most fun he’s had in his music career.

“As a 32-year-old with a wife and two kids, the typical thing would be for me to go get a job, but I just want to do my job from a sold-out stadium stage. What I really want to do is entertain people. Make them smile and enjoy themselves.”