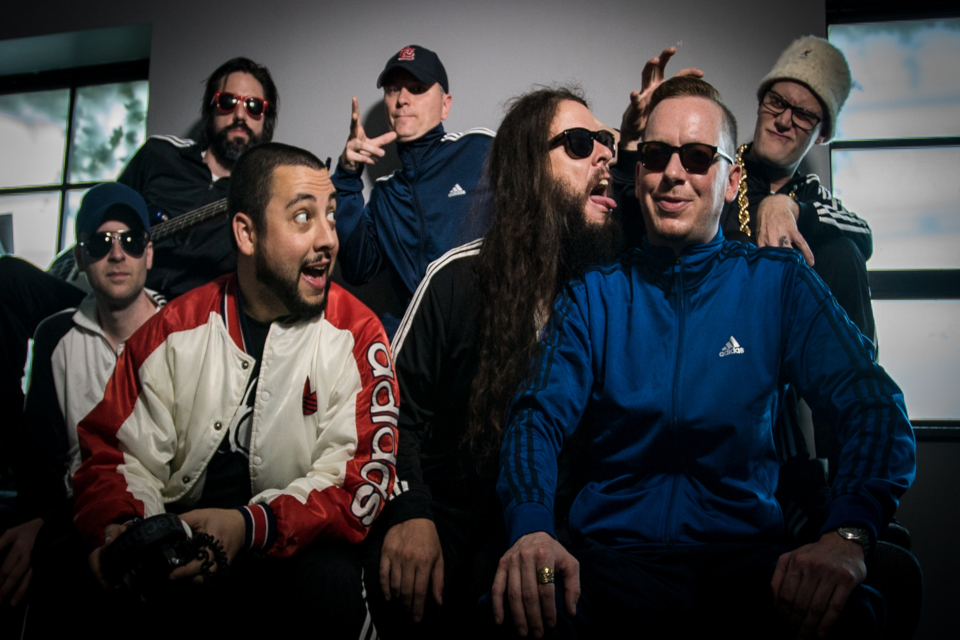 My Posse In Effect formed in the Fall of 2015 for what was supposed to be a one-time engagement. A group of veteran musicians and lifelong “Beastie Boys” fans got together to pay homage to their favorite band.

After packing the house with close to 600 tickets sold and breaking the all-time liquor sales for the venue, “The Ready Room” (St. Louis), they were quickly booked at “The Social Room” in Columbia, MO and a few months later at “Hollywood Amphitheater”, for a radio sponsored festival called “Way Back Pointfest” to a crowd of approximately 17,000 people. That’s when they began garnering even more attention from radio, liquor, and beer sponsorships for their next few shows. Including recently playing for a great crowd at “Fox Sports Midwest” a popular national venue at the Saint Louis Cardinal’s Busch Stadium.

This is the premier Beastie Boys tribute act hands down. We have perfected a 40 song catalogue that takes you through decades of their unforgettable hits. A seven piece live band that has consistently played to sold out crowds, rocking 2+ hour long sets, replicating the authentic sound with three MCs, a world class DJ and LIVE BAND.

The crowds get to relive carefree times and always sing along, word for word, in a party atmosphere. Many, having seen the Beastie Boys before, often say that they sound almost indistinguishable from the original.

Fans of My Posse In Effect are dedicated and cross multiple state lines just to see them perform and with good reason. The production of the shows are among the most amazing that they’ve ever experienced.