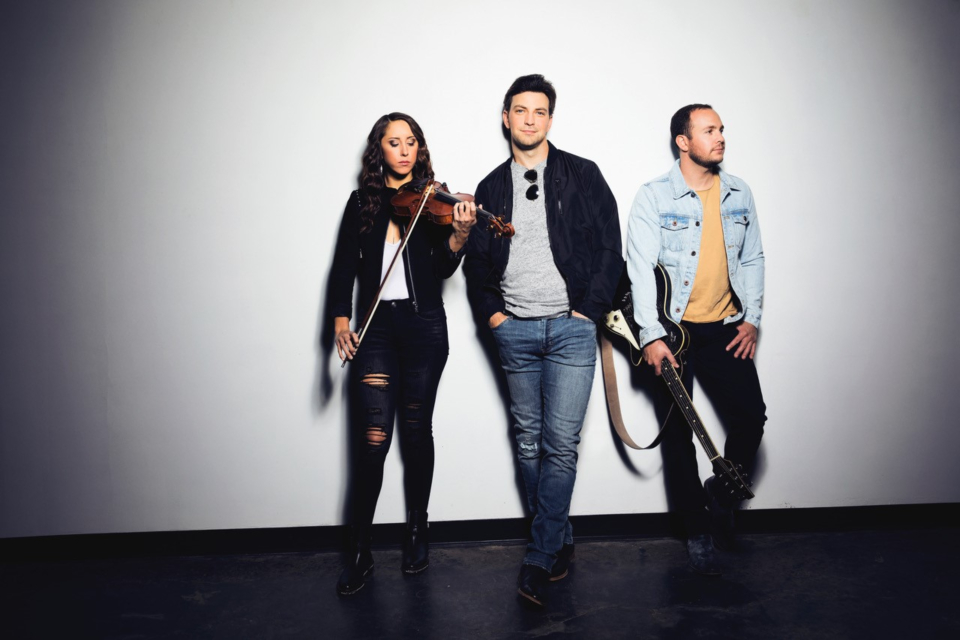 Much like the melting pot that is the Dallas/Ft. Worth area of Texas from which they hail, Kent Bell, Kyle Gaston, and Lauren Hall became an unlikely trio aptly named – Breaking Southwest. This country group represents the Texas pride and tradition, as well as the unique culture and flavor of that region.  “Everyone knows we Texans are very proud of our history, and with both of those things being true, we want to try to both ‘break the mold’ of what of what might be considered traditionally Texan, as well as ‘break’ our sound out to as big an audience as we can find,” explains lead singer, Kent.

Kent grew up in the ‘Friday Night Lights’ scene, so sports were a way of life, and Kent excelled in football and baseball. But he also carved out time to help lead worship for his church youth group.  Back in North Texas, after captaining his college football team and finishing his degree, he rediscovered his love for music. Meanwhile, just across town, Lauren was studying classical violin in Arlington, TX, and followed her passion to The University of North Texas.  She honed her craft: playing over 500 weddings, teaching lessons and playing in pop orchestras.  It was the freedom of the style she played in the pop orchestras that drew her to the fiddle. Nurse/Firefighter/SuperMan Kyle, who would secretly order rock albums from a catalogue that were banned in his conservative home, started playing guitar at 14. After college Kent and Kyle met through mutual friends, and a few writing sessions into their introduction realized they had similar styles. The duo started playing local bars and clubs and then met their fiddle/harmony soulmate, Lauren, two years ago.

In 2015 the trio won the inaugural Cumulus NASH Next artist development competition after an extensive series of challenges that allowed the contenders to showcase their musical and creative talents. This included a cover song performance, multiple songwriting competitions, the creation of an original Instagram video, a PicCollage project and a fully produced original music video. The winner from the nationwide talent search was decided based on a combination of feedback from the music industry judges, online fan voting and an original “Spin Index” of social media activity. Breaking Southwest competed against over 2,000 entrants which narrowed to 10 finalist in the final round of competition in front of judges including producer James Stroud, artist and radio personality Kix Brooks, and Cumulus’ Sr. VP of Content and Programming Mike McVay.  In October, BMLG president/CEO/founder Scott Borchetta was named as a surprise mentor.  As the competition winner, the band received a deal with Nash/Big Machine and digitally released “Ghost Town” in March 2016.

The three singer/songwriters loaded up and moved to Nashville earlier this year to continue the momentum in their musical journey.  “Our idea of success is constantly evolving,” says Kent.  “We are working hard on our songwriting, and we’re rehearsing like crazy.  The NASH Next win opened many doors for us, but when we decide to release new music we want it all to be there, the show, the vocals, the songwriting, the musicianship.”  Breaking Southwest delivers a power-packed show filled with original tunes, unique covers, and lots of energy.