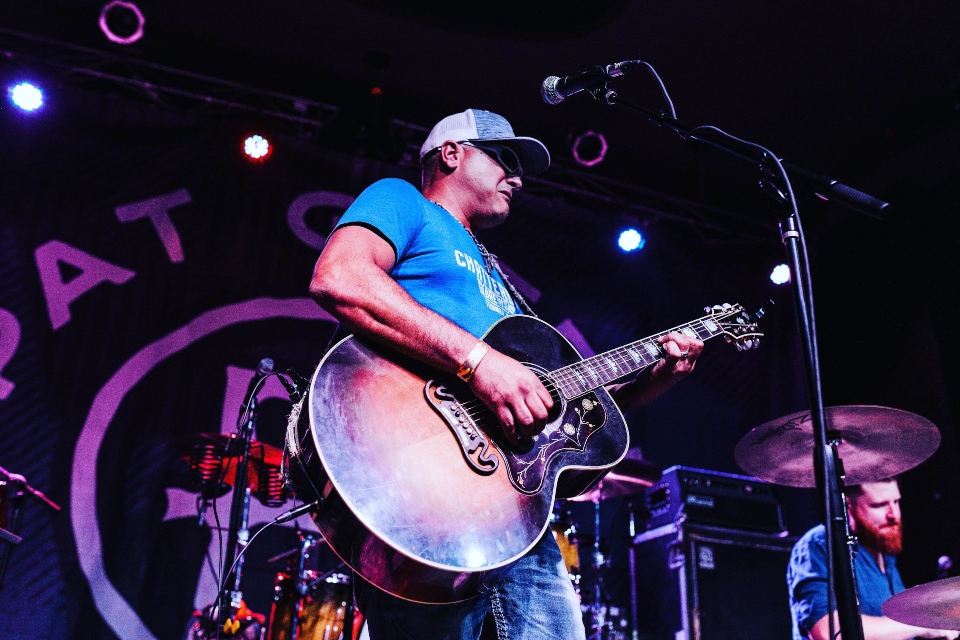 The Emmett Bower Band plays nearly 100 shows per year, touring the nation — even playing shows in country music strongholds like Nashville and Austin. The band has shared the stage with amazing talent, such as Randy Rogers Band, Roger Creager, Jason Boland and the Stragglers, Bart Crow, Jackson Taylor, Gloriana, Sonia Leigh, No Justice, Thomas Rhett, Jon Pardi, Frankie Ballard, Logan Mize, Casey Donahue, Aaron Watson, Whiskey Myers and many others. The band’s catalog of music currently consists of four self produced albums under the the “It’s A Party Records” record label (the bands own label). Songs such as “Never Let it Go“, “Single for the Summer“, “The Way She Danced“, “Before She’s Gone“, “You saved me“, “Chasin’ the Sun“, “Tumbleweed“, and “Main Attraction” have been played on radio stations in Nebraska, Kansas, and Tennessee in regular rotation. Their latest album was nominated for 2018 Album of the Year, and Jeff was nominated for Songwriter of the Year by the Rocky Mountain Country Music Awards.

In Nebraska, Emmett Bower Band songs can regularly be heard on stations such as Y102, 103.9 KNLV, US92, 104.9 The Max, 93.1 the River, and KBEAR Country. Possessing a wealth of stage experience and a deep catalog of music, the four members have honed their live performance to accomodate larger venues, dance halls, streetdances, rodeos, weddings and festivals. The band takes pride in writing original music their own way.

Currently the boys writing music for their fourth album. There is no slowing them down, and they definitely mean business. It’s all neckbones, baby!