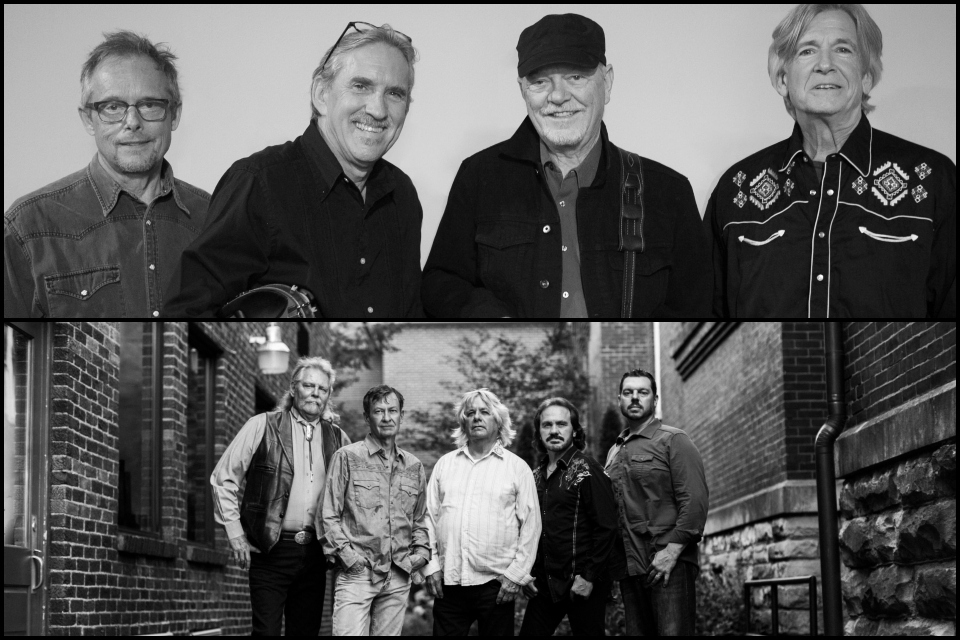 These country rock pioneers found platinum success early in their career, and four decades later Rusty Young, who wrote and sang the massive hits “Crazy Love” and “Call It Love”, still leads this incredible band. Other hits include, “Heart Of The Night”, Spellbound”, “Keep On Tryin’” and “Good Feelin’ To Know”.

Poco has released “All Fired Up”, their first studio CD in 13 years. Early reviews include No Depression: “The band still sounds fresh, not a rehash, true to the past but not wallowing in it.” and Soundpress: “a simmering set from the country rock stalwarts who are ready to stamp their mark on another decade.”

When Pure Prairie League formed in the late 1960s, no one had put a label on the music they played. Although the band drew heavily from 1960s’ rock, the group added a heavy dose of country and high-flying harmony that gave it a unique sound soon to be known as country-rock. Pure Prairie League, along with groups like the Eagles, reached mainstream radio listeners by the mid-1970s, as singles like “Amie” climbed the Billboard charts. Pure Prairie League continued to record, tour, and place singles on the charts.