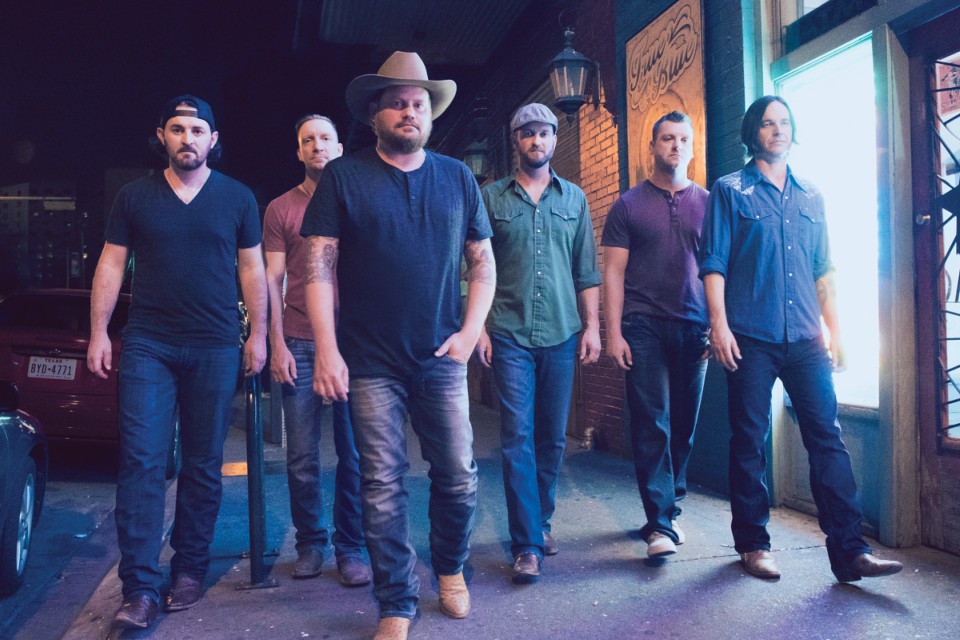 Authenticity isn’t something that can be manufactured in a studio. It’s not a craft that can be learned or artfully practiced. It comes from living life. It’s the byproduct of blood, sweat and tears and as the foundation for music, it elevates mere entertainment to compelling art. Every note, every word on the Randy Rogers Band’s new album Nothing Shines Like Neon rings with authenticity that makes each song linger with the listener long after the music fades.

The same line up has been performing together since 2002 and the music has evolved as they’ve soaked up life experience. Camaraderie and creativity have made Rogers and bandmates Geoffrey Hill (guitar), Johnny “Chops” Richardson (bass guitar), Brady Black (fiddle), Les Lawless (drums) and Todd Stewart (utility player) one of the top bands on the competitive Texas music scene.  Nothing Shines Like Neon continues the momentum established by the band’s four previous albums—Randy Rogers Band, Burning the Day, Trouble and Homemade Tamales, each of which went to No. 1 on iTunes.  Earlier in 2015, Rogers joined friend Wade Bowen to record the critically acclaimed album Hold My Beer Vol. 1.

Produced by Nashville legend Buddy Cannon (Willie/Merle) at Cedar Creek in Austin, RRB’s news album Nothing Shines Like Neon showcases the band’s taut musicianship as well as Rogers’ earnest vocals and insightful songwriting on such instant classics as the groove laden “Rain and the Radio,” the heartbreak anthem “Neon Blues” and the playful “Actin’ Crazy,” a duet with Jamey Johnson.

A native of Cleburne, Texas, Rogers grew up addicted to traditional country music. Like many artists, Rogers got his start performing in church and then expanded to local venues.  He went and finished college and got a degree in public relations and then started a band. Since then the Randy Rogers Band has steadily built a following that has spilled beyond their native Texas. For the past 10 years they’ve recorded for Universal Music Group, but on Nothing Shines Like Neon, Rogers again takes the reins, releasing the album on his own Tommy Jackson Records, named after a song he wrote for their very first album.