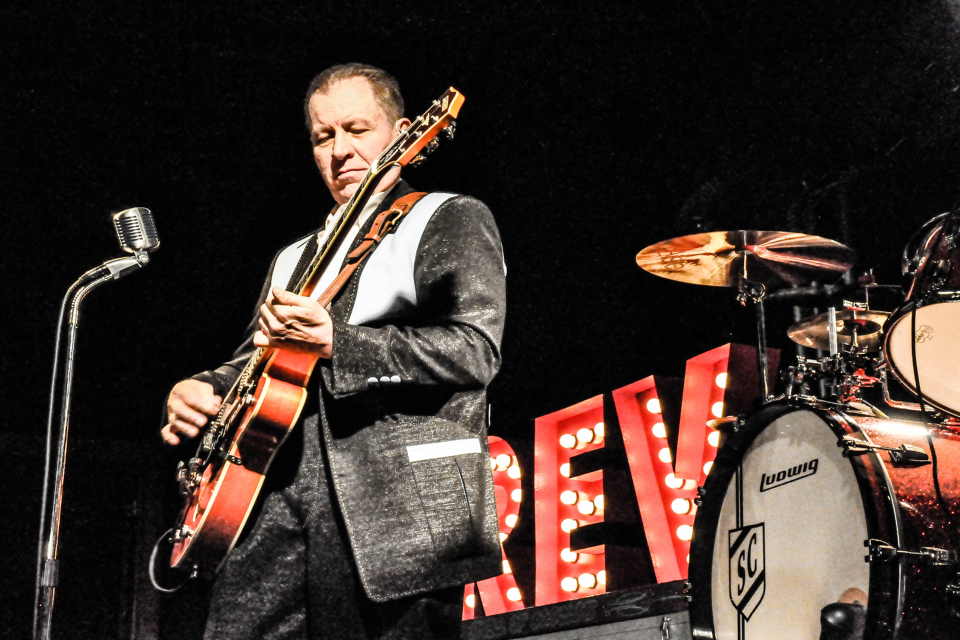 The Reverend Horton Heat is the stage name of American musician Jim Heath (born 1959) as well as the name of his Dallas, Texas-based psychobilly trio. Heath is a singer, songwriter and guitarist. One reviewer calls Heath the “godfather of modern rockabilly and psychobilly.”

The group originally formed in 1985, playing its first gigs in Dallas’s Deep Ellum neighborhood. Its current members are Jim “Reverend Horton” Heath on guitar and lead vocals, Jimbo Wallace on the upright bass, and Scott Churilla on drums. The band signed to Victory Records on November 27, 2012, and released their eleventh studio album, REV, on January 21, 2014.

Their sound is self-described as “country-fed punkabilly”. Some of their songs could also be described as psychobilly. Their music is a mixture of country, surf, punk, big band, swing, and rockabilly, all played loud and energetically with lyrics that are often humorous. The band has achieved success within the genre and even in mainstream America with their songs being featured in video games and commercials.