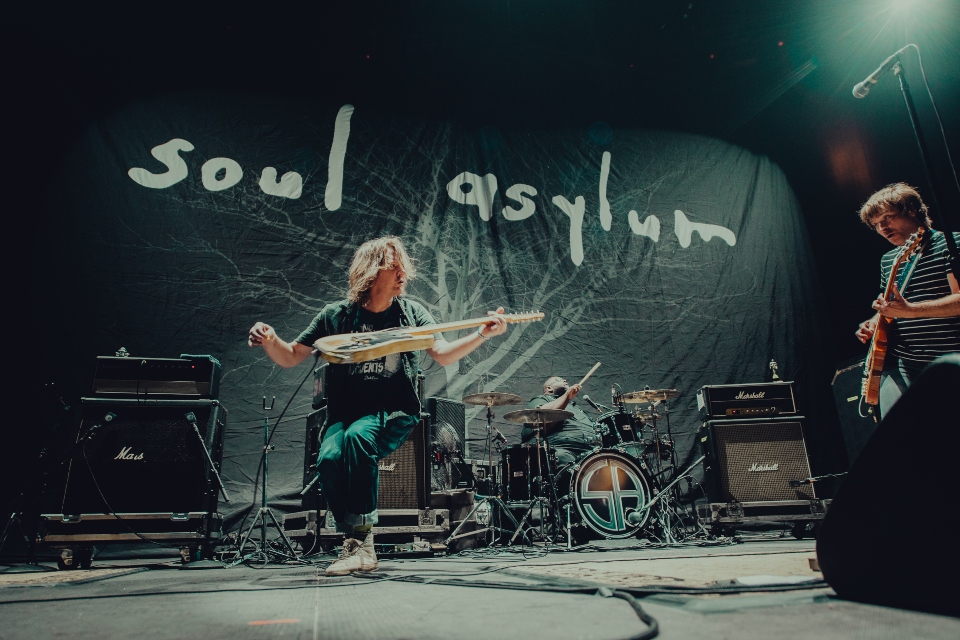 Grammy Award-winning and multi-platinum selling rock band, Soul Asylum, has been inspiring an incredible level of passion for their music since the 80’s.

Soul Asylum’s indie success led to the band entering the major-label mainstream with 1988’s Hang Time and its 1990 follow-up And the Horse They Rode In On, and achieving a platinum-level commercial breakthrough with 1992’s Grave Dancers Union (3x platinum) and 1995’s Let Your Dim Light Shine. Grave Dancers Union featured the international hits “Runaway Train,” which won a 1994 Grammy as Best Rock Song, and “Black Gold,” while Let Your Dim Light Shine (platinum) spawned the hit “Misery.” After 1998’s Candy from a Stranger, Soul Asylum returned to action in 2006 with The Silver Lining, Delayed Reaction six years later and most recently with 2016’s Change of Fortune. For the past two years, the band has toured with Dave Pirner as lead vocals/guitar, Michael Bland on drums, Ryan Smith on lead guitar and Wynston Roye on bass. Fans are anxiously awaiting the next album.