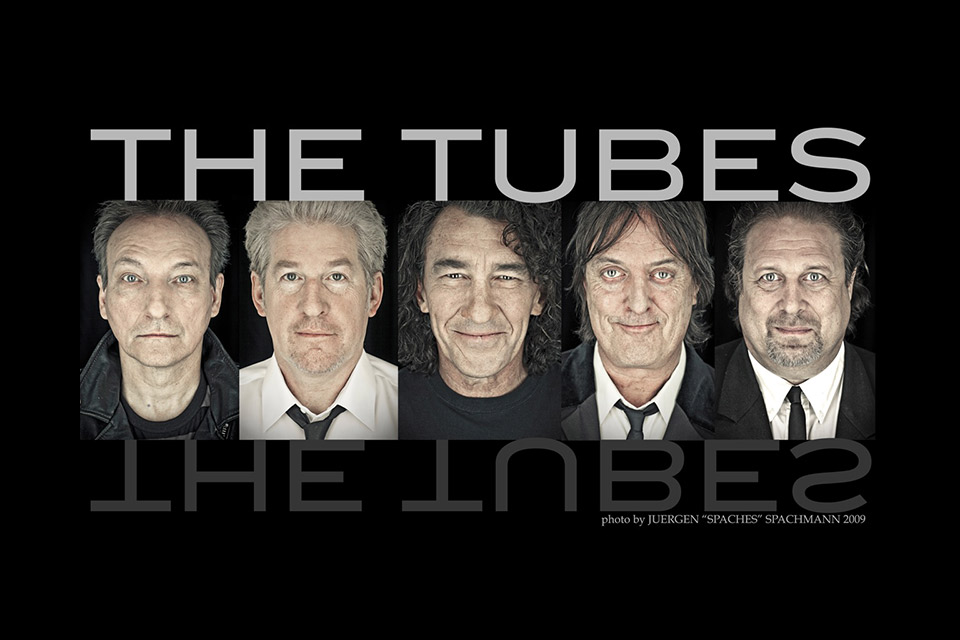 The Tubes will go down in the rock history books as one of the most exciting, in-your-face tight-knit group of musicians who epitomised the hilarity of popular American culture by making it into a the ultimate rock’n’roll extravaganza. Their live shows involved mock bondage rituals, simulated sex, 12-foot high rock stars by the name of Quay Lude singing ‘White Punks On Dope’, exploding televisions, chainsaws and an array of semi-clad dancers. Some say they were about 15 years ahead of Madonna, and light years ahead of the politically correct.

In the tradition of Frank Zappa and Captain Beefheart, the Tubes were one of the first bands to write and perform songs in a head-on theatrical onslaught. They simply didn’t entertain, they shocked audiences into submission. The Tubes were one of the pioneers of the rock video years before MTV became a household name, and used the medium in their early performances. The band tapped into the American zeitgeist and ridiculed its materialistic values, superficial advertising methods, took a poke at religious fundamentalists and often questioned sexual taboos. They took popular culture by the scruff of the neck, turned it upside down, and made it into entertainment.

Their outrageous performance-art concepts ranged from titillating, tongue’n’cheek pornography to straight-laced, black tie all-American conservatism, all of which frequently clouded the fact that they were, like Frank Zappa, technically gifted musicians in their own right. As the band progressed into the 1980’s they shed the controversial theatrical spectacle in favour for a more stripped down live setting that showed them in a more musical light, that ultimately brought them long overdue commercial success in America.