Back in Black: AC/DC Tribute 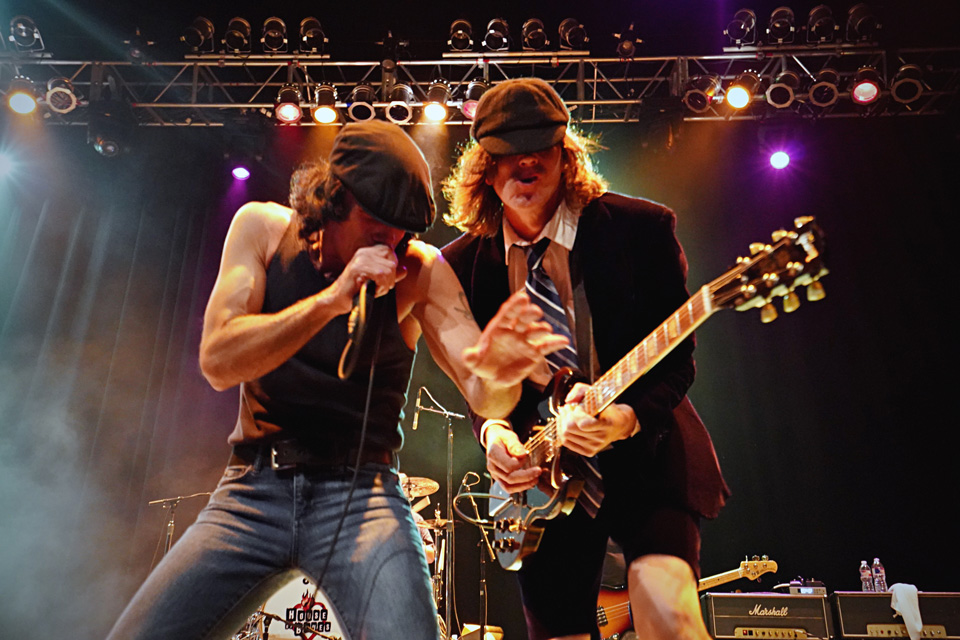 Back in Black: AC/DC Tribute

The Back in Black tribute band is an incredible, exciting, high energy reproduction of a concert performance of AC/DC. All the members of Back in Black live in Dallas/Fort Worth area and are experienced musicians not only dedicated to the sound and look, but also capturing the power and excitement of AC/DC. We stand above the other AC/DC tributes, because we include tribute performances of both Bon Scott and Brian Johnson.

Back In Black was formed in late 2000 by former LA bandmates Mike Mroz (Angus) and Darren Caperna (Bon & Brian). Mike had always recognized the potential of this project due to Darren’s uncanny ability to transcend both the spirit of Bon Scott and Brian Johnson into his voice. Ken Schiumo (drums), Ramiro Noriega (guitar), and Sheldon Conrad (bass) were recruited from other great Dallas bands. In March of 2016, AC/DC auditioned lead singer Darren Caperna to replace Brian Johnson for their current world tour. They are one of the first tribute bands chosen by Live Nation/CBS Radio to tour all the House of Blues! In 2013 they were featured on AXS TV Worlds Greatest Tribute Bands and have performed their first Symphony concert with the Calgary Philharmonic in Oct 2013. They toured major arenas and theaters as part of the Classic Rock Experience in 2008/2009. They Headlined concerts at the Calgary Saddledome and Edmonton Arena.

For the fifth year in a row they will headline the worlds largest Tribute Festival, Jacks Throwback in Dallas. They also performed to over 36,000 people at the Bone Bash in Ft Worth, and have been recruited by Sony Music, AC/DC’s new record label, to promote catalog sales. 20th Century Fox have chosen Back in Black over all other tribute bands to record AC/DC’s classics “TNT” and “A Long Way to the Top” for two of their movies, Napoleon Dynamite and Garage Days.