Chase & Ovation: A Celebration of Prince 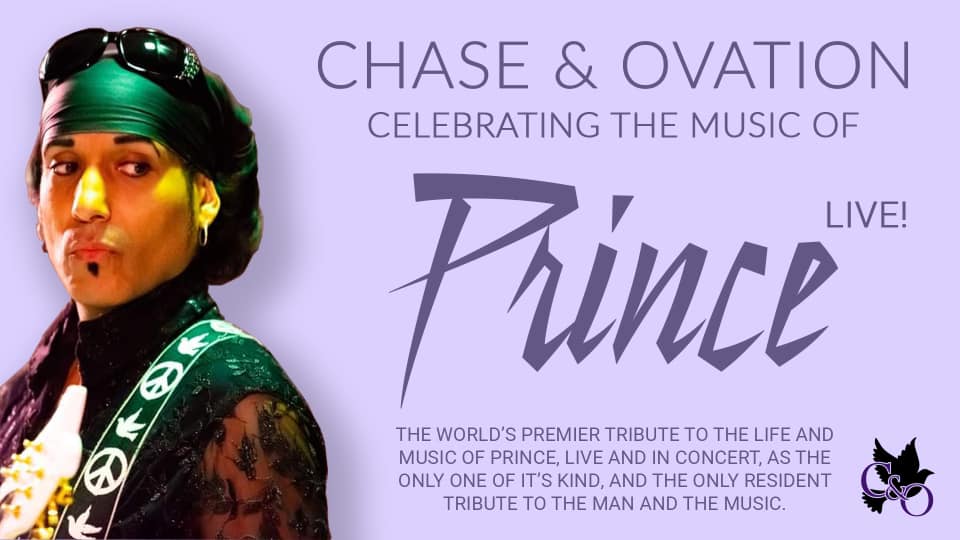 A Salute to the Music of PRINCE! LIVE!” with Chase & Ovation is the World’s Premier Prince Tribute Show based out of Prince’s beloved hometown of Minneapolis, MN. The only one of its kind, Chase & Ovation has been performing exclusively the music of Prince (live in concert) for the past 11 years including their Monthly Residency at the world famous Bunkers Music Bar in Minneapolis, and at venues all across North America. Fans of the show include even some of Prince’s former band mates and family members who give Chase & Ovation the highest marks for reproducing Prince’s music ‘the way it is meant to be played, heard, and felt’. This high-energy, “Spot On”, audio and visually captivating production brings you the very best of Prince throughout his expansive career in this one of a kind arena-caliber concert experience. Performing hits from the 70’s, 80’s, 90’s, and beyond, Chase & Ovation delivers one of the greatest live music performances and shows to represent a generation of music… of all time! ….”A Real Must See!”