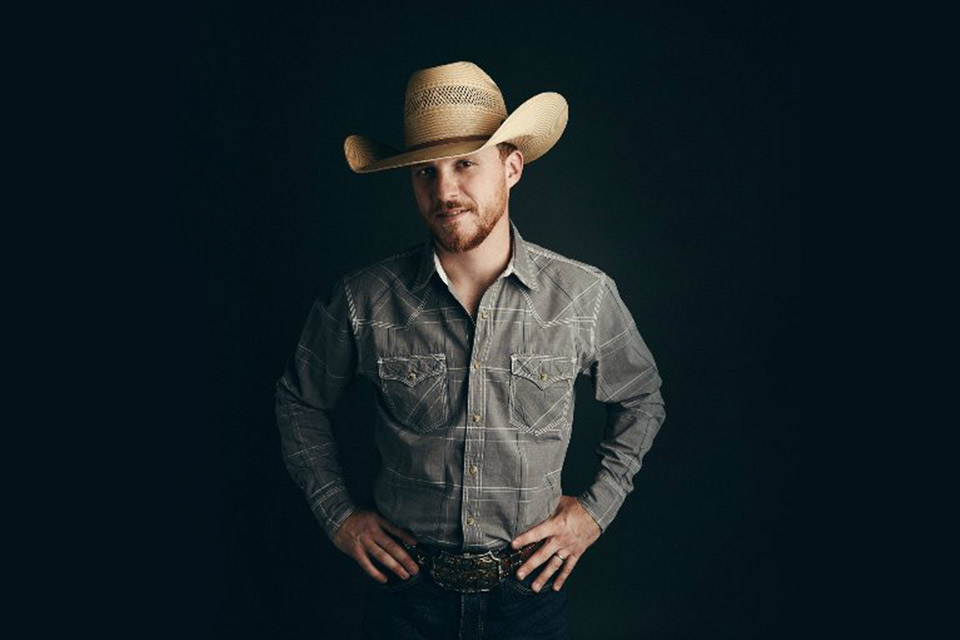 When Cody Johnson’s Cowboy Like Me debuted in the Top 10 on the Billboard Country Albums chart in January 2014, jaws dropped in offices all over Nashville.

“I got a lot of ‘Who is this kid?’” Johnson says with a laugh two years later. “I love that. That was a new horizon. And I’m gonna work to make sure people know exactly who I am.”

Johnson does that from the start in Gotta Be Me, a follow-up project that’s loaded with solid country instrumentation and winsome melodies. In the first minute alone, he paints himself as a cowboy, raised on outlaw country, who drinks too much, fights too much and won’t apologize for having an opinion. By the time the 14-track journey is over, he’s shared his rodeo history in “The Only One I Know (Cowboy Life),” demonstrated his woman’s influence in “With You I Am” and paid homage to his gospel heritage in “I Can’t Even Walk.”

Johnson delivers it all with an uncanny confidence. His smoky baritone and ultra-Southern enunciations give him a voice as uniquely identifiable as country kingpins Jason Aldean or Tim McGraw. And he uses it to convey a Texas-proud swagger, a real-man charm and an unwavering honesty about who he is, where he comes from and where he hopes to go.

The hard-workin’ part is key. The other parts are easily found in his music. It’s intense, focused, sincere. And when he takes the stage, there’s a Garth-like conviction to his performances. Johnson inhabits the songs, recreates their emotions because they’re so familiar. And he’s willing to lay bare those emotions because he’s always been willing to risk. He lives in the moment behind that microphone, the same way he rode bulls in an earlier day.

Johnson pauses for just a beat.

“I’m kind of an adrenaline junkie.”

Needing a fix is part of the attraction in both the rodeo and music. In the former, there’s always another buckle to chase, another bull to conquer for eight seconds. In the latter, there’s always another fan to win over, another song to write. And in some ways, Johnson has been chasing something illusory, indefinable, since he first arrived on planet Earth in Southeast Texas.

Johnson grew up in tiny Sebastapol, an unincorporated community on the eastern shore of the Trinity River that’s never exceeded 500 residents. Even today, it’s more than 30 miles to the nearest Walmart, in Huntsville, Texas, a town best known as the headquarters for the state’s criminal justice department. It’s a rough and tumble area, and it comes through in the music. Willie Nelson, Merle Haggard, George Strait, Billy Joe Shaver – their songs were all essential to the local clubs, and Johnson was exposed to their mysterious allure even before he was old enough to get in.

“You could hear the music from those bars across that lake,” he recalls. “I’d always hear somebody singing ‘Whiskey Bent And Hell Bound’ or something like that, and I always wondered what was going on across that water in those barrooms. It definitely intrigued me. I always wanted to go see what was on the other side of the tracks.”

At a young age, Johnson was given the tools to eventually work in those clubs, though his official education was grounded in the church. His father played drums for their congregation, and that was likewise the first instrument that young Cody picked up.

Johnson learned guitar next, and when a teacher heard him playing an original song, he convinced Johnson to form a band with a few other students enrolled in the Future Farmers of America. Just a few months later, that first band finished runner-up in a Texas State FFA talent contest, creating an internal buzz that Johnson would continue to chase.

He didn’t necessarily think it would be a career. He briefly went to Angelina College in Lufkin, Texas, but traded that in to become a rodeo pro. Johnson did OK in that sport – the oversized belt buckle he wears today was won fair and square on the back of a bucking bull – but he broke a litany of bones: his right leg, his left arm, two ribs and his right collarbone.

Cody started recording his own music during that phase of his life, beginning with Black And White Label, which featured his dad, Carl, on drums. Johnson sold the CDs, pressed on his own CoJo imprint, from his pickup.

Eventually, Cody took a job at the prison to pay the bills. His band kept hitting the clubs on the weekend, with Johnson kept banging away on the guitar on Fridays and Saturdays while overseeing some very hardened convicts whose crimes had cut them off from humanity.

“There’s a lonely style of music that a lot of those guys listen to,” Johnson says. “I worked in the field for a while, and they sang old prison work songs. Some had kind of lost hope, and I can see now that you have to sing about people that don’t have hope the same way you want to sing to give them hope.”

Meanwhile, his weekend crowds began to grow, and Johnson started landing hits on the Texas music charts. After the release of his third album, he won New Male Vocalist of the Year in the Texas Regional Radio Music Awards.

The music thing started to look like maybe it could be a business, not just a sideline pursuit. He was stunned when his wife, Brandi, agreed.

“It was a moment when I felt like I wasn’t on my own anymore,” Johnson says. “To have my fiancée at the time say ‘I’m behind you, no matter what we have to do,’ it gave me a whole new level of confidence that some people might have thought I already had. But I didn’t.”

Even with her belief, the road wasn’t easy.

Johnson reached a new creative plateau when he enlisted singer/songwriter Trent Willmon, who wrote Montgomery Gentry’s “Lucky Man,” to produce an album in Nashville. That project, A Different Day, raised the bar on Johnson’s barroom ambitions. The studio musicians he worked with challenged his own band. Johnson grew – and his bandmates grew – because they had to stretch themselves to live up to the album on the road. That pattern has continued through three projects as he continues to chase something illusory.

“It’s that always-never-good-enough kind of attitude that gives us that drive,” Johnson says.

When Cowboy Like Me broke onto the Billboard chart, it demonstrated that they had built an audience, but also gave them a little cache to push it even further. The band has broken beyond the red-dirt confines, drawing sizeable audiences in such far-flung destinations as California, Montana, Wisconsin and the Southeast, as Johnson wins over fans with his honest songs and on-stage ferocity.

And Johnson’s built up a Twitter following of 73,000 fans – impressive numbers for a guy who’s marketed and developed his career without the aid of a major label.

He approached Gotta Be Me with two major objectives: to make yet another advance musically, and to provide an authentic self-portrait to that growing fan base still trying to figure out who this Cody Johnson guy really is. He worked with some of Nashville’s best songwriters – including David Lee (“Hello World,” “19 Somethin’”), Terry McBride (“Play Something Country,” “I Keep On Loving You”) and Dan Couch (“Somethin’ ‘Bout A Truck,” “Hey Pretty Girl”) – while drawing on his own history, rich with its own compelling subject matter.

“Every Scar” draws a life lesson from all those rodeo bruises and broken bones. “Half A Song” blends his barroom experiences with the melodic and rhythmic sensibilities he picked up at his daddy’s feet. The fiddle-rich “Wild As You” embraces a freedom-loving woman whose sense of adventure is as deep as Johnson’s own. And that spacious gospel closer, featuring his parents on harmony, surrenders some of the rabble-rousing, adrenaline-raising pieces of his past into bigger spiritual hands.

In essence, Gotta Be Me documents the life of a guy who’s lived in the fast lane as a beer-drinkin’, rodeo-ridin’ cowboy, but who’s also seen just enough darkness to temper that wild streak.

“You’re only a couple bad decisions every day from screwing your whole life up,” he reasons.

With a good woman behind him and a whole lot of promise in front of him, that’s enough to keep Cody Johnson in check. The energy he put into his rebel years now goes into his work. He’s not sure what he’s chasing, but he knows it’s paying off The “me” that Cody Johnson is becoming will continue to evolve, and it’s his intent to share that journey in an honest, meaningful way. The same way that Haggard, Strait and Nelson did when they made their marks. When it’s all said and done, the plan is mostly to reach the point where people are no longer asking “Who is this kid?”