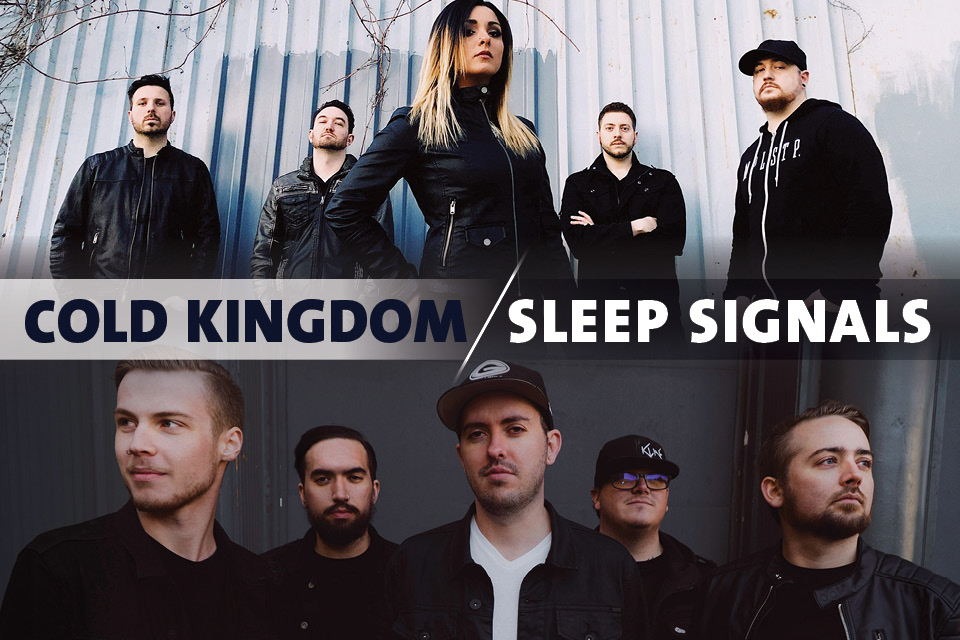 Born of Minneapolis in 2014, Cold Kingdom is a full-out, juggernaut hard rock band that dispenses a lethal combination of fury and sentiment, delivering emotional lyrics wrapped in an unbreakable hard rock casing. Their long-awaited full length album release for 2019 represents a creative outpouring for the band, with “A New Disaster” leading the charge. The band is currently touring the rest of 2019 in support of this album.

Minneapolis hard rock quintet, Sleep Signals, have garnered a dedicated following through relentless touring, their explosive live performances, and their ability to blend catchy hooks with their high-energy songwriting style.

2019 continues to be a huge year for Sleep Signals. The band has toured heavily in support of their latest EP, “At the End of the World”, which was produced by Grammy-nominated producer, Justin Rimer (Saving Abel, 12 Stones, Wayland).

The band is just coming off of two major full US tours with heavy hitters Atreyu, Memphis May Fire, and Ice Nine Kills, as well as All That Remains, Attila, and Escape the Fate. They’ve also played several festival dates including Northern Invasion, Brat Fest, Texas Showdown, SXSW, and Texas Rockfest with bands like Soundgarden, Godsmack, Bush, and Vince Neil.

Founded in 2014, the band hit the road in early 2015 and has since played over 400 shows in 45 states, sharing the stage with bands like Seether, Jonathan Davis, In Flames, The Dillinger Escape Plan, Every Time I Die, Ded, Palisades, Sons of Texas, Volumes, Ill Nino, Alesana, The Browning, Saving Abel, and Bobaflex.