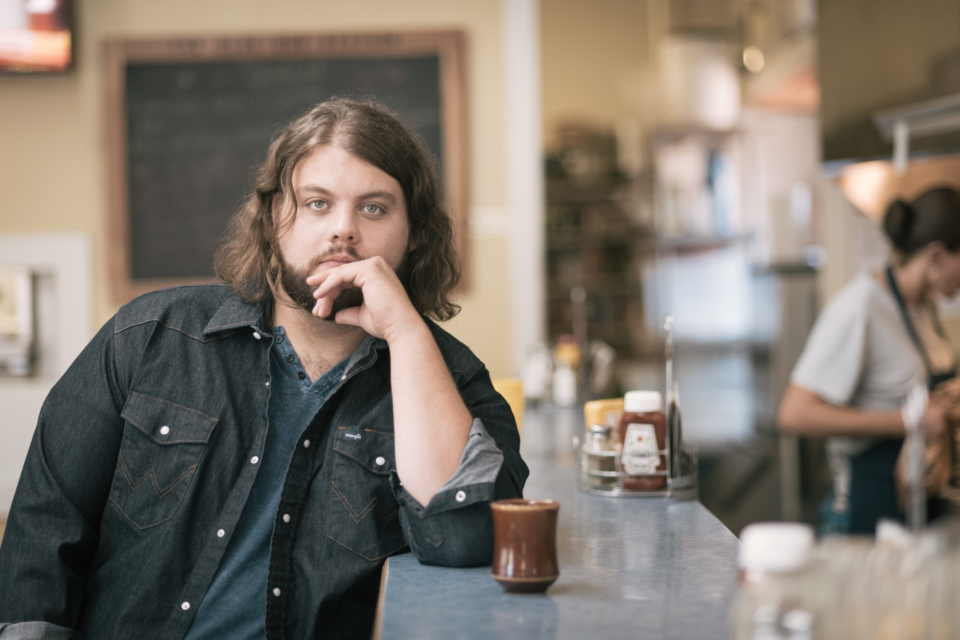 Dillon Carmichael does, and the 23-year-old singer-songwriter is betting that fans of honest country music do too. Since scoring a publishing deal during his senior year of high school, the native of Burgin, Kentucky (pop. 1,000), has been focused on writing country songs with meat on their bones, hearkening back to a time when country emphasized true-life lyricism.

“I want lyrics to be relevant in songs and on radio again,” says Dillon. “I’d like lyrics to impact people the way they impacted me growing up, listening to some of my favorite artists like Hank Williams Jr., Vern Gosdin and Waylon Jennings. Those guys were true country.”

Not that Dillon is looking to write and record a brand of country music that came before. Rather, he describes his style of country as “traditional but on the verge”; one that nods to the past, but is decidedly of the moment. And one that is perfectly suited for today’s radio stations and concert stages.

With a gritty baritone that calls to mind Jamey Johnson and a knack for observational, at times personal, songwriting, Dillon has a profound respect for country music that was imparted on him by two uncles who know a little something about entertaining: John Michael Montgomery and Montgomery Gentry’s Eddie Montgomery.

Both encouraged Dillon’s own talent, but they didn’t mince words, reminding their nephew that he’d have to pay his dues. Which Dillon did by moving to Nashville and hunkering down to write every day. When he wasn’t in a songwriting session, the burly guy was literally protecting country music’s traditions – he worked as the night watchman at the Grand Ole Opry House, where he was so in awe of the building’s history that he refused to stand in the famous Opry circle after hours with his co-workers.

“My supervisor said, ‘The first thing you get to do working here is walk up on the stage and stand in the circle,'” Dillon recalls. “But I said I’m not going to. I’m just not ready for that until I get to sing at the Opry for the first time.”

Now, as a signed artist with Riser House Entertainment and with five years of songs under his belt, he takes a step closer to deserving to be on the Opry stage.

In the short-term, though, Dillon is anxious for country fans to hear what he’s been working on. Like “Do for You” and “She Likes Me This Way,” which both take a fresh approach to the country love song. “Do for You” is about the sacrifices you make for a meaningful relationship, from little things like getting dressed up, to life changes, while “She Likes Me This Way” is about the confidence that comes from selfless acceptance.

Written with Larry McCoy and Casey Beathard, the story-song “Two Nights in Tucson” delivers on Dillon’s promise to make country lyrics relevant – it’s the tale of an airport layover affair that doesn’t skimp on the details. “It is so specific, you can’t make it up,” says Dillon of the song, inspired by something a friend once witnessed at her gate.

And, despite its title, the vulnerable “Blame It on the Truck” is not about tailgates, tires or mudding, but more about Dillon’s memories of Kentucky. “Moving to Nashville came with being separated from certain relationships,” he says. “I kept finding myself going back home and messing around in the old spots, drinking a beer and thinking about how everything has changed.”

Dillon’s an old soul, and the march of time and the changing of trends are often on his mind. In fact, the first tune that got him noticed, “Old Songs Like That,” memorializes the sounds of days gone by, from the twang of Merle Haggard’s Telecaster to the cry of a pedal steel. Dillon wrote the song on April 5, 2016 – the day before Haggard passed away.

“I can’t explain what inspired us to come up with that idea on that particular day,” says Dillon. “It was a magical moment.”

The ballad has since become a calling card for the young writer, a song that embodies his own affinity for classic country music, a genre that – if Dillon has anything to say about it – will never die.

“They say it’s gone and it ain’t coming back,” he sings in “Old Songs Like That.” “But they can say what they want … I miss old songs like that.”