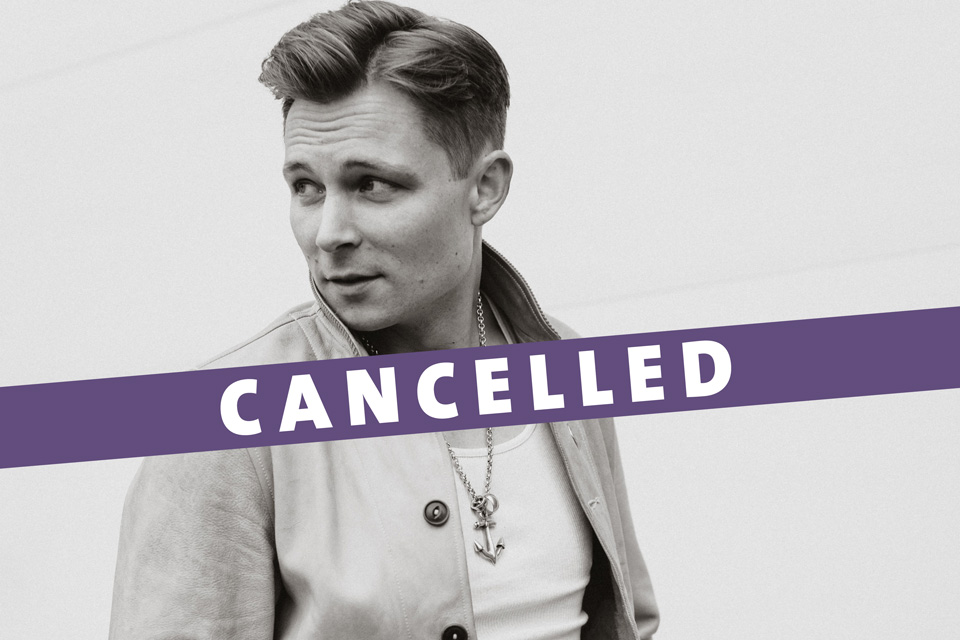 Frankie Ballard has been cancelled as of June 29, 2022. We apologize for any inconvenience.

When Frankie Ballard was growing up in Battle Creek, Michigan, his father played him one classic album over and over again: Marty Robbins’ Gunfighter Ballads and Trail Songs, featuring Robbins’ signature hit “El Paso.” Now Ballard, a quick-draw guitarist and rough-hewn singer, has cut his own metaphorical gunfighter album, decamping from Nashville to a gritty El Paso studio to record the follow-up to his 2014 breakout Sunshine & Whiskey. For Ballard, who scored three consecutive Number One singles off Sunshine & Whiskey — “Helluva Life,” the title track and “Young & Crazy” — it was imperative that he leave behind the safety of Nashville for the wilds of the Mexico border. Setting up shop at the famed Sonic Ranch, just south of El Paso in Tornillo, Texas, Ballard, producer Marshall Altman (Sunshine & Whiskey) and his band threw themselves headlong into the music, eating and sleeping at the studio. Their goal: make a bona fide album.

“I grew up listening to albums and I loved them as bodies of work,” says Ballard. “But today, everyone cuts singles. Even Sunshine & Whiskey was recorded in chunks. We’d go into one studio, cut four, then go into another studio and cut another four. It’s groovus interruptus, man.”

To keep that groove steady, Ballard went on the lam, leaving Nashville for a few days of bare-bones rehearsals at ground zero for rock & roll and soul, Muscle Shoals Sound Studio in Alabama. From there, he continued on to the Granada Theater in Dallas for another workshop session, before arriving at the Sonic Ranch, locked and loaded. “I spur myself sometimes, like getting a metal cleat kicked into your ass so you can go harder. I do that to myself,” says Ballard of the grueling road trip to El Paso. “It’s as far away as you can get. I was trying to get my blood moving.”

“There is something you have to fundamentally understand about me: my dream goes the whole way. It goes all the way. So I want more people hearing my music,” he says. “So what are you going to do, Frankie? Well, I guess I’m going to try to make some better music. And if it’s not better than what I did before, there’s no reason for it to come out. I don’t want to maintain altitude — I want to fly, man.”