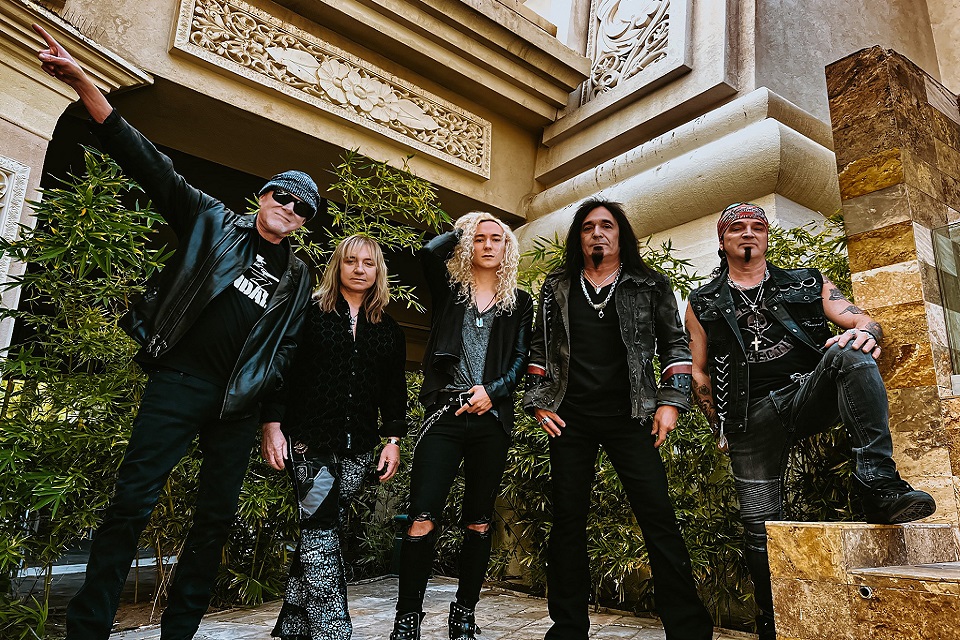 For a band to continue to thrive 40 years in the music business, the mantra must be, these songs are bigger than any one member. GRAMMY nominated hard rock legends Great White are adding onto that line with the saying: expect the unexpected. It’s rock and roll, baby. The peaks and the valleys haven’t stopped– nor has the music. Great White’s ride runs deep and its passion for the music goes beyond any depth.

“Andrew brings another vocal perspective, a different grit in his delivery,” lead guitarist, Mark Kendall said. “We’re so proud of our past. We’re humbled that our fans have stood by us for all these years – Andrew being here now is the next chapter. We couldn’t be more excited for fans to hear him sing the hits, and help us continue to forge ahead.”

To experience their hits live in concert—“Rock Me,” “Mista Bone,” “Save Your Love,” “House of Broken Love,” and “Lady Red Light”—is to ride an emotional wave of sultry connections, arousing lyrics, and an all-out marathon of hard-hitting orchestrations. Audiences might also hear tracks like “Something For You”, “Hard To Say Goodbye”, “Big Time” or one of the many deep cuts from Great White’s 13 studio albums.

California-based Great White is Mark Kendall (guitar), Michael Lardie (guitar, keyboards), Audie Desbrow (drums), Scott Snyder (bass), and Andrew Freeman (vocals). Since 1982, the Great White sound has captivated audiences worldwide with crushing, blues-based guitar riffs and swagger that invokes an emotional high for anyone that listens. The band’s core writing team of Lardie and Kendall forged numerous hits over the years, and when Desbrow joined in ’85, the grooves hooked an amazing stride.

Now for more than a decade, Snyder has merged his unforgiving rhythm to Desbrow’s relentless percussion. Freeman’s resume is packed with punk and rock. He previously toured as guitarist for The Offspring, sang lead for George Lynch’s Lynch Mob and is also the lead singer for Last In Line, a band made up of former DIO members.