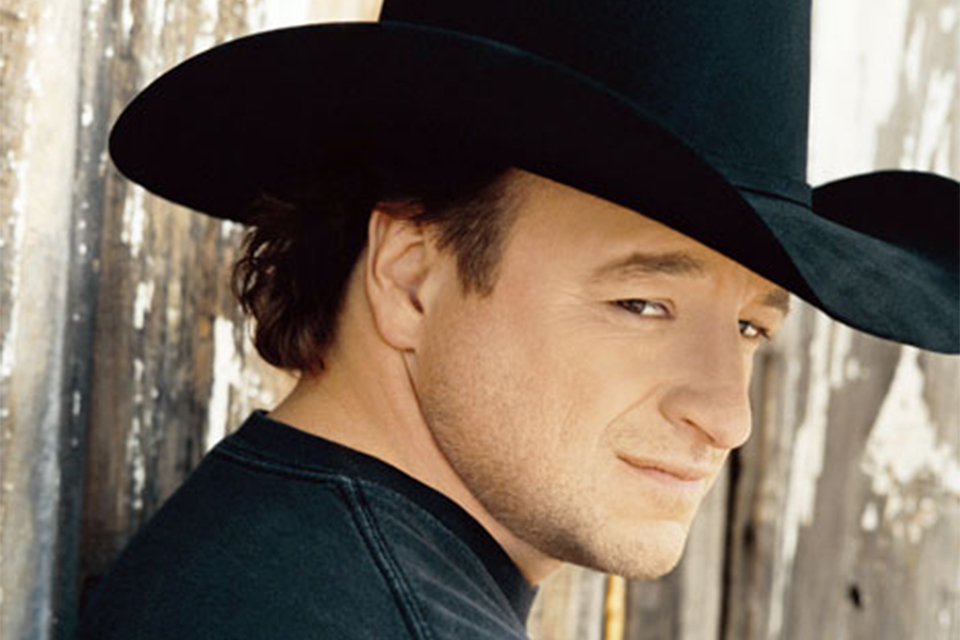 The Mark Chesnutt concert on February 18, 2022 has been canceled at the request of the artist. Mr. Chesnutt’s recovery from back surgery is progressing slower that he’d like and he is on doctor’s orders to rest and recoup.

Those who have purchased tickets with a credit/debit card will automatically receive a refund to their method of payment used at the time of purchase and may take 7-10 business days to process. If a cash purchase has been made, the original purchaser is required to come to the Rock Shop with a valid photo ID to receive the refund. If you have any questions, please call the Rock Shop at 712-226-7659.

During the ’80s, Chesnutt released singles on local labels like the San Antonio-based Axbar (where he also issued a full album, Doing My Country Thing) and the Houston-based Cherry. He also served as the house headliner at the Beaumont club Cutter’s, where his band often featured future star Tracy Byrd. After around a decade of dues-paying, positive word of mouth finally helped Chesnutt land a record deal with MCA.
Neo-honky tonker Mark Chesnutt parlayed a solid grounding in classic country into chart-topping stardom during the ’90s. Born in Beaumont, Texas, in 1963, Chesnutt grew up listening to his father’s extensive country record collection (Bob Chesnutt had been a locally popular singer who never hit it big, and thus worked as a used-car salesman). Chesnutt learned both guitar and drums, and made his professional singing debut with his father’s band at age 15 on the local club scene. He even dropped out of high school for a time to pursue music, but later reconsidered and got his diploma; meanwhile, his father began taking him to Nashville for recording sessions.Must be 21 or older to attend. Doors open one hour prior to show start time.

Chesnutt‘s debut album, Too Cold at Home, was released in 1990, and the title track became his first hit, climbing into the country Top Five. With a style that blended George Jones, Merle Haggard, and Bob Wills, Chesnutt went on to score four more Top Ten hits from the album: the number one “Brother Jukebox,” “Blame It on Texas,” “Your Love Is a Miracle,” and “Broken Promise Land.” By the time that string ran out, Chesnutt had finished his follow-up, 1992’s Longnecks & Short Stories. It gave him four more Top Five singles in “Bubba Shot the Jukebox” (one of Chesnutt‘s signature songs), “Old Flames Have New Names,” the chart-topping “I’ll Think of Something,” and “Ol’ Country.” Chesnutt kept his hit-machine status going on 1993’s Almost Goodbye, which gave him three more chart-toppers in the title track, “It Sure Is Monday,” and “I Just Wanted You to Know.” 1994’s What a Way to Live offered the number one “Gonna Get a Life” and the number two “Goin’ Through the Big D.”

For 1995’s Wings, MCA briefly resurrected its Decca country imprint and made Chesnutt the flagship artist; while the album wasn’t the hit factory of its predecessors, many critics dubbed it one of Chesnutt‘s most eclectic and consistent sets. Seeking to restore his commercial momentum, MCA issued Greatest Hits in 1996, and the new song “It’s a Little Too Late” went all the way to number one. 1997’s Thank God for Believers found Chesnutt back on MCA Nashville and produced a number two hit in the title cut. For 1999’s I Don’t Want to Miss a Thing, Chesnutt flirted with crossover material, namely the titular Diane Warren ballad that became a big hit for Aerosmith. Praised by many critics for its relative subtlety, Chesnutt‘s version topped the country charts for a month, and even reached the pop Top 20. Despite that success, the album’s other singles didn’t perform as well, and his 2000 follow-up album, Lost in the Feeling, was something of a flop in comparison to his past work. Chesnutt and MCA subsequently parted ways, and he signed with Columbia for 2002’s Mark Chesnutt, which sold decently but didn’t quite mark a return to past glories. That doesn’t mean Chesnutt lost his audience, though, and he released Savin’ the Honky Tonk on Vivaton Records in 2004, followed by Heard It in a Love Song from Cbuj Entertainment in 2006. Rollin’ with the Flow appeared in 2008, followed by 2010’s Outlaw, which featured covers of outlaw country classics. Chesnutt followed Outlaw six years later with Tradition Lives, his first collection of new original material in eight years.