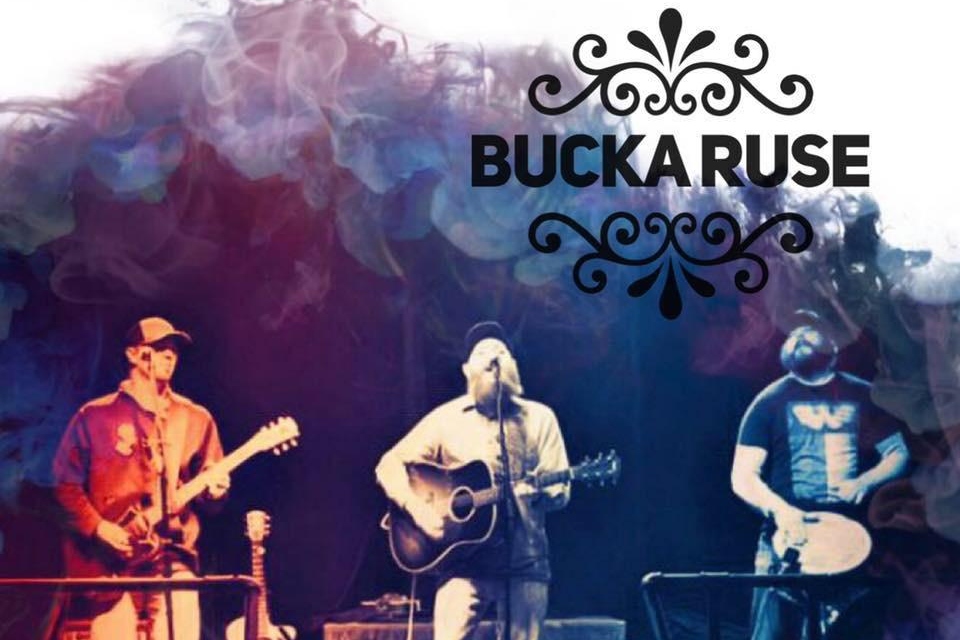 Bucka Ruse is known for engaging a crowd and creating an upbeat, high energy, good old fashioned show that has allowed them to connect with their fan base in a way unlike other performers.  From small town honky bars to sold out large venues, Bucka Ruse has continued to shine in every arena they play. They are a rare, small town gem poised to take on the world of country music. Their energy, charisma and stage presence are second to none as these guys feed off the energy of each other and share it with the crowd.  They have refused to give in to the demands of the full band stigma and they proudly remain an acoustic three-piece band, consisting of Kevin Griffith on rhythm guitar and lead vocals, Caleb Smisek on the djembe drum, and Luke Steinkruger on lead guitar and backup vocals.

While they can command the stage alone, they have shared the stage with big names that cross genres with powerful performances, growing their own brand of country music the old-fashioned way, and making sure everyone they come across never forgets them. The trio all live in Yutan, Nebraska, a small town just outside Omaha, NE.  This trio lives and breathes their music and their fan base easily relates to the stories they tell.  They have steadily spread out from their small hometown roots and continue to pick up new fans everywhere they play on stages large and small.

Fresh of their sophomore record, rain or shine, in early 2019 Bucka Ruse has quickly gained traction and continues to turn the needle on radio station dials with their first single “I don’t wanna fight.” They have shared the stage with the likes of Aaron Watson, Casey Donahew, Jon Pardi, Aaron Lewis, Cody Jinks, Randy Rogers, Dylan Scott, Billy Currington, Josh Abbott Band, Kip Moore, and many others.  They continue to spread like wildfire, burning their way to creating their own Nebraska country sound.

These guys have spread their wings and are flying high.  Catch them when you can and be prepared for a good time and to dance the night away.  They are unique, one of a kind band, that has unlimited potential to take over the hearts of listeners everywhere.