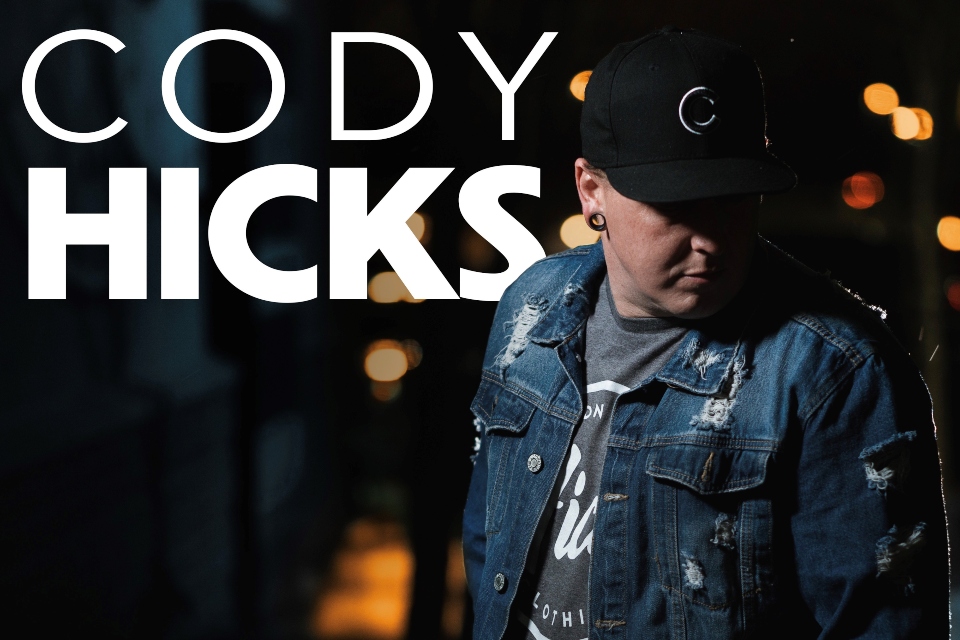 “We believe that without a doubt some of the best country music being written and performed today is coming from indie artists like Cody Hicks. It is exciting to come across an artist for the very first time and have that “it” that everyone talks about hit you right in the face. That was the experience we had upon hearing this talented artist for the first time. He definitely has “it” and has already been paying his dues and building a loyal fan base.” – Nashville Buckle.

Cody Hicks has been playing live music for over a decade: from cover bands, original bands, and as a solo acoustic act. Cody formed a band over 5 years ago, with some local guys. Over the years Cody has played with many talented players. He attributes his all his success to the team he’s had or currently has supporting him.

Cody was born and raised in Montezuma, Iowa, where he currently resides and with the help of his wife Kelsey, they are raising three beautiful children: Jaxon (4), Averlee (2), and Alivia (1).

Life was tough on Cody before Kelsey came along, heartbreak, misunderstanding, and isolation were a way of life back then. With the help of his family and the love of a beautiful woman, Cody has been clean since 2011. It was during this time when Cody really started writing, and using music as a way to deal with his emotions.

Almost immediately, the Cody Hicks Band started generating a buzz locally and quickly went on to book large music venues across the Midwest. Summer of 2014 presented the band with the opportunity to record their original music in Nashville with producer, Patric Johnson.

That record titled, “Gettin’ Our Feet Wet” dropped in the spring of 2015. That summer the band shot their first music video for “In the Morning” with the talented producer Rick Burger of Stang Films.  The video was a huge success, reaching over 100,000 views on Facebook within the first week, and the views on YouTube continue to climb.

Following the success of the music video the band released their first single “In the Morning” to country radio.  The following spring, the guys released their follow up single, “Left Turn”. This song quickly became the blue collar anthem for dirt track racers nationwide. This single, also produced a music video which shared a combined 1M views between Facebook and YouTube.