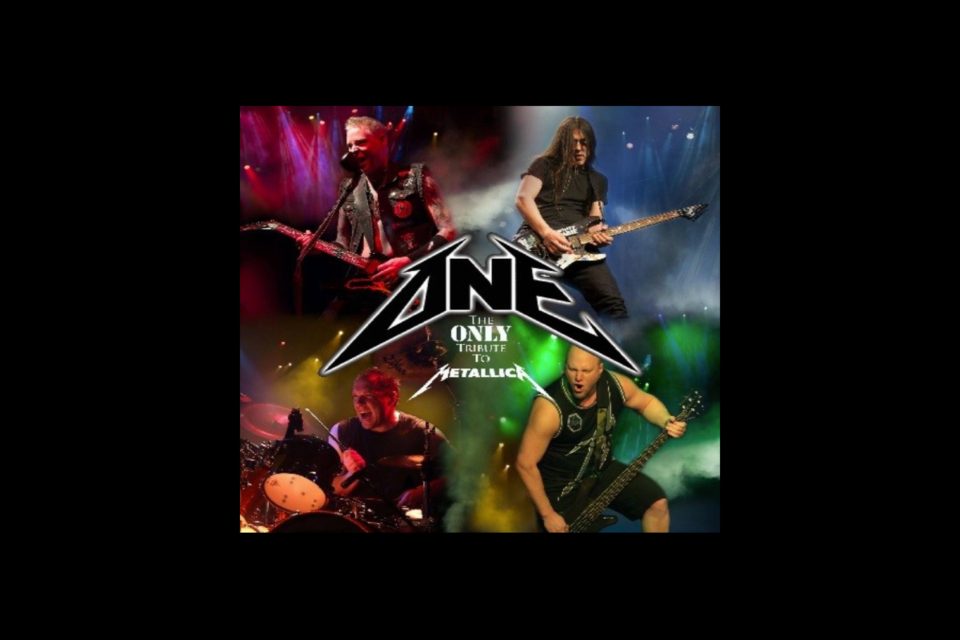 ONE… The Only Tribute to Metallica, was established in 2008, in their hometown of Minneapolis, MN. These four horsemen have expanded from the Twin Cities and brought North America an amazing national level touring tribute to the biggest hard rock and heavy metal band of all time.

Unlike the other Metallica tribute and cover bands, ONE focuses explicitly on the audio and visual aspects of a LIVE Metallica show. Their catalog consists of over 60 songs from their early garage band days up to the legends that they are today. ONE’s stage show is a memorable one that fans will remember from the 80’s and 90’s. Theatrical thrills that have been encompassed into a full arsenal of pyrotechnics, stage props, and some rare early days memorabilia and signature instruments will keep fans coming back for more.

This is not your average tribute band. ONE has played with many large national acts on a number of festival and amphitheater stages. Members of ONE have not only worked as part of the crew , but have also been fortune enough to jam with Metallica on their main stage!

It’s time you experience ONE once and for all – and the rest will be history!