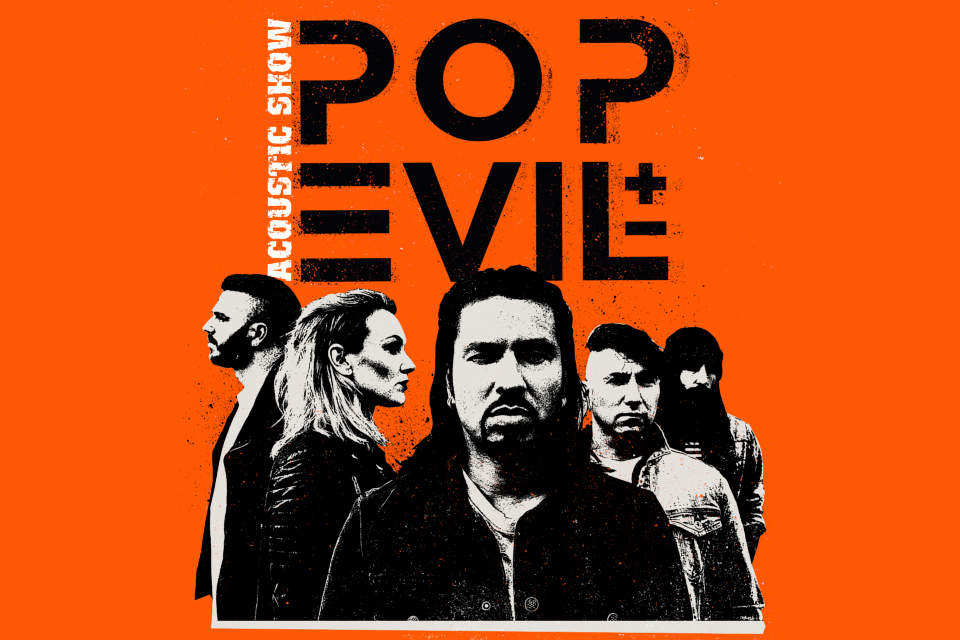 POP EVIL smashes through the odds like a battering ram, weathering the trials and tribulations of paying dues with a steadfast resilience owing much to their blue collar and middle class backgrounds, and building a worldwide audience one fan at a time. As the moniker promises when emblazoned on a CD or radio dial, POP EVIL conjures aggressive riffs and hard charging sing-a-longs with emotional heft and melodic power in equal measure. It’s music by the people, for the people.

There’s a reason Billboard named POP EVIL the #4 Mainstream Rock Artist of 2014, and it’s not just because of those three(!) consecutive #1 Rock Radio Singles from the last album (and a fourth that cracked the Top 10), the Top 10 Independent debut and Top 40 Billboard 200 debut of ONYX, or that album’s subsequent 180,000 in domestic sales. All of which being undoubtedly rare feats to accomplish as independent artists in any genre of music.

Simply put, POP EVIL is a larger-than-life true rock n’ roll band blending the earnestness of Pearl Jam and Soundgarden with the celebratory showmanship of Motley Crue and KISS, capable of empathizing with the daily struggles of their fans while simultaneously offering the escapism a truly bombastic concert provides. It’s an attitude and a way of life POP EVIL has put proudly on display on tour with Godsmack (as part of Rockstar Uproar), Five Finger Death Punch, Three Doors Down, Papa Roach, Stone Sour, Three Days Grace, Theory Of A Deadman, Black Stone Cherry and more.