Puddle of Mudd with Evandale 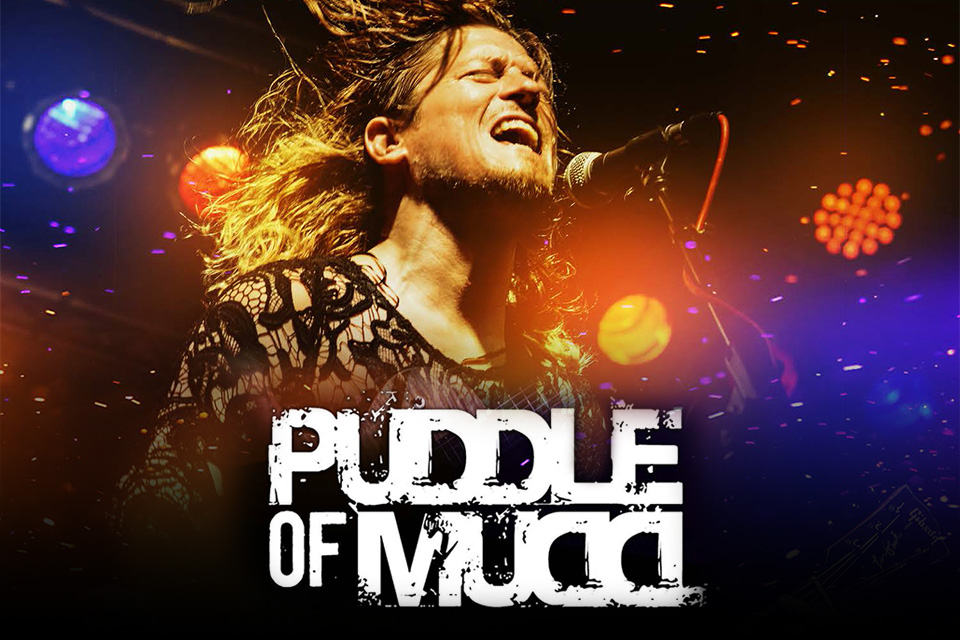 PUDDLE OF MUDD WITH EVANDALE

Formed in 1991, Puddle of Mudd has sold over seven million albums and has had a string of number-one singles, including the hits “Blurry,” “She Hates Me,” and “Famous.” The new album, Welcome to Galvania, was produced by Cameron Webb (Alkaline Trio, Disturbed, Motorhead). It also marks the band’s first full-length album since Volume 4: Songs in the Key of Love and Hate in 2009.

Nebraska rock band Evandale takes pride in creating their own style of rock ‘n roll reminiscent of rock’s golden era with a modern twist. With high energy, grooving riffs, shredding guitar solos, and unforgettable vocals, Evandale is here to make a statement in the rock genre. During live shows, the band ensures that everyone in attendance enjoys the experience as much as they do. Having shared the stage with countless touring acts and performing at numerous music festivals, Evandale has proven time and time again that they can hang with the heaviest of hitters in today’s rock world.