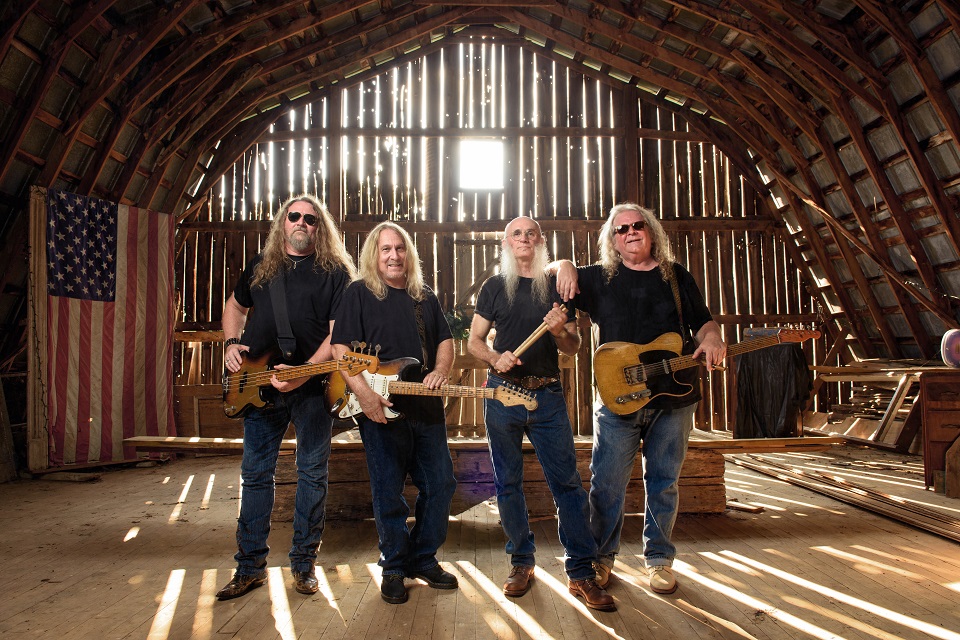 The Kentucky Headhunters created a hybrid of honky tonk, blues, and Southern rock that appealed to fans of both rock and country music. The origins of the Kentucky Headhunters lie in 1968, when Fred and Richard Young began playing together with their cousins Greg Martin and Anthony Kenney at the Youngs’ grandmother’s house. Mark Orr also later joined them. The first incarnation of the band was called the Itchy Brothers, and the group played together informally for over a decade. After about 13 years, the band members began launching separate careers: Richard Young went off to write songs for Acuff-Rose, while Fred Young began touring with country beauty Sylvia. Martin became a member of Ronnie McDowell’s band, while Kenney dropped out of music. In 1985, Martin decided to reassemble the Itchy Brothers. When Kenney declined to rejoin the group, Martin remembered Doug Phelps, whom he had met while on tour with McDowell. Phelps joined the new project, which was named the Kentucky Headhunters. Besides Martin and Phelps, the band also included the Young brothers and Doug’s brother Ricky Lee Phelps.

The Headhunters started playing twice monthly on The Chitlin’ Show, a program on Munfordville, Kentucky radio station WLOC. From these 90-minute performances, the Headhunters built up a following. They sent an eight-song demo to Mercury, and soon after, the label signed the group. The original demo tape was remixed, and became the basis of the band’s first album, 1989’s Pickin’ on Nashville, which received overwhelmingly positive reviews upon its release and quickly became a hit. “Dumas Walker” reached number 15 in the spring of 1990, followed by the group’s biggest hit, the number six “Oh, Lonesome Me.” In 1991, the Headhunters released their second effort, Electric Barnyard. The album received mixed reviews, couldn’t muster a single, and sold weakly. In summer 1992, the Phelps brothers left the group to form Brothers Phelps, a more traditional country group.

The remaining Headhunters brought ex-Itchy Brothers Anthony Kenney and Mark Orr to the group, and the rehashed lineup released Rave On! in 1993. The album marked a progression toward bluesy Southern rock, which came to fruition later that same year with That’ll Work, a collaboration with former Chuck Berry pianist Johnnie Johnson. In 1996, Doug returned on lead vocals, and a year later the band issued Stompin’ Grounds. Songs from the Grass String Ranch followed in 2000, and Soul appeared in spring 2003. Big Boss Man was released in 2005 and Flying Under the Radar in 2006, both from CBUJ Entertainment. Dixie Lullabies, the group’s 12th album, and first studio recording of new original material since 2003, appeared from Red Dirt Records in 2011. In 2015, the Headhunters released another collaborative album with Johnnie Johnson, Meet Me in Bluesland, drawn from unissued sessions recorded in 2003, two years before Johnson’s death. Just before entering the studio to record their next studio LP, bandmates Richard and Fred Young lost their father. That loss, combined with the excitement of the band’s first European tour, added an emotional poignancy to On Safari, which was released in 2016.