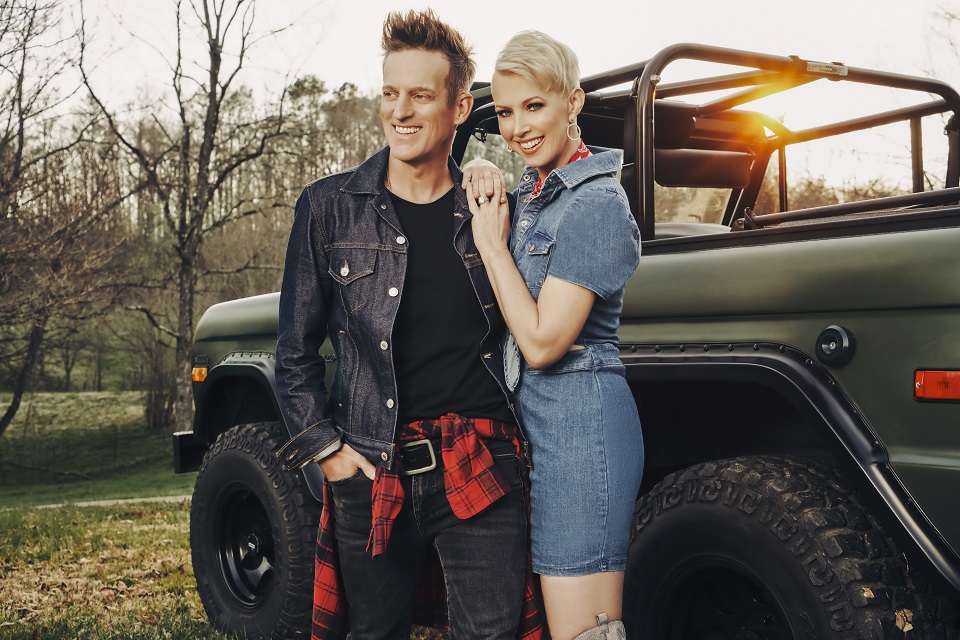 Everyone remembers where they were the first time they heard Thompson Square. It’s been a decade since the husband-and-wife team of Keifer and Shawna Thompson exploded out of Nashville with their multi-platinum mega-hit “Are You Gonna Kiss Me Or Not”, and crowds remain hungry for more. The Grammy-nominated duo has toured the world; won multiple ACM, ACA, CMA, and CMT awards; appeared on The Tonight Show, Jimmy Kimmel Live, NBC’s TODAY Show, CBS This Morning as well as numerous primetime tv specials and awards shows; earned No. 1 records in three countries, and even launched their own podcast. They’ve been praised as “remarkable” by Taste of Country, “deeply personal and emotional” by Sounds Like Nashville, and “vivacious” by Rolling Stone. And now Thompson Square has come home.

After taking time out over the last few years to focus on family (venturing out briefly to release 2019’s critically lauded Masterpiece album), the pair are back on the scene in full force. Marking the ten-year anniversary of their ferocious debut, Keifer and Shawna have reunited with Benny Brown, the veteran label head who spearheaded their chart-topping success in the early 2010s.

“Keifer and I really got back to our roots,” says Shawna of this country music homecoming, “But we’ve grown too, and the music reflects all of that.” The duo’s new material promises all the hallmarks that made audiences fall for the Thompsons in the first place, as well as showcasing everything that life, touring and starting a family has taught them.

Thompson Square’s music has always been quintessentially grounded in their identity as a couple. Whether basking in the light of one another in the No. 1 smash, “If I Didn’t Have You,” or shocking the neighbors with flirty, distracting thoughts in Top 10 hit “Everything I Shouldn’t Be Thinking About,” Thompson Square’s openness with its audience has always made them one of the most intimate acts working today.

And Thompson Square’s new music is no exception. Each song tells a story of a life-lived romance that encapsulates both the dizzying highs and paralyzing lows of love and partnership. “We’ve started a family together, we’ve lost parents together,” explains Keifer, with Shawna adding “This is real stuff.”

The duo’s prodigal return to recording with Benny Brown for his new label Quartz Hill Records has allowed them to craft music that cuts to the core of everything Thompson Square is. Indeed, each of Thompson Square’s newest offerings – “Country In My Soul” and “Are We Gonna Dance – celebrate different facets of the pair.
The lead single from their upcoming new project, “Country In My Soul,” plays with breezy, vintage balladry; earthy, down-home licks; and lyrics that are ready to be chanted by stadium crowds. Although co-written by 2022 ACM “Song of the Year” winner Lainey Wilson alongside Daniel Ross (“Had Me at Halftime” – Morgan Wallen) and James McNair (“Lovin’ on You” – Luke Combs), the song mirrors Keifer and Shawna’s own upbringings (in Miami, OK and Chatom, AL respectively), making the song somewhat autobiographical. And it’s a song that is clearly resonating with country fans from coast-to-coast: “Country In My Soul,” charged out of the gate as the No. 2 Most Added Song at U.S. Country Radio upon impact.

Co-written by David Lee Murphy and Jim Collins (the writers behind Thompson Square’s multi-week No. 1 smash “Are You Gonna Kiss Me Or Not),” the beguiling “Are We Gonna Dance” is a duet that revels in the Thompsons’ connection to each other whilst evoking the breathless feeling of the first moments of romance. Keifer and Shawna are, once again proving that they know how to give a crowd exactly what they want: sublime sound and a great story.

From the moment Keifer and Shawna met, playing a game of pool after a show during their first week in Nashville, there has been nothing but electricity coming from Thompson Square. As much as the duo has constantly evolved, in many ways, they’re the same as they’ve ever been. “We’re best friends, and that’s it,” Shawna says, “God just blessed us with each other. We love making music, and to be able to do it together is extra special.”