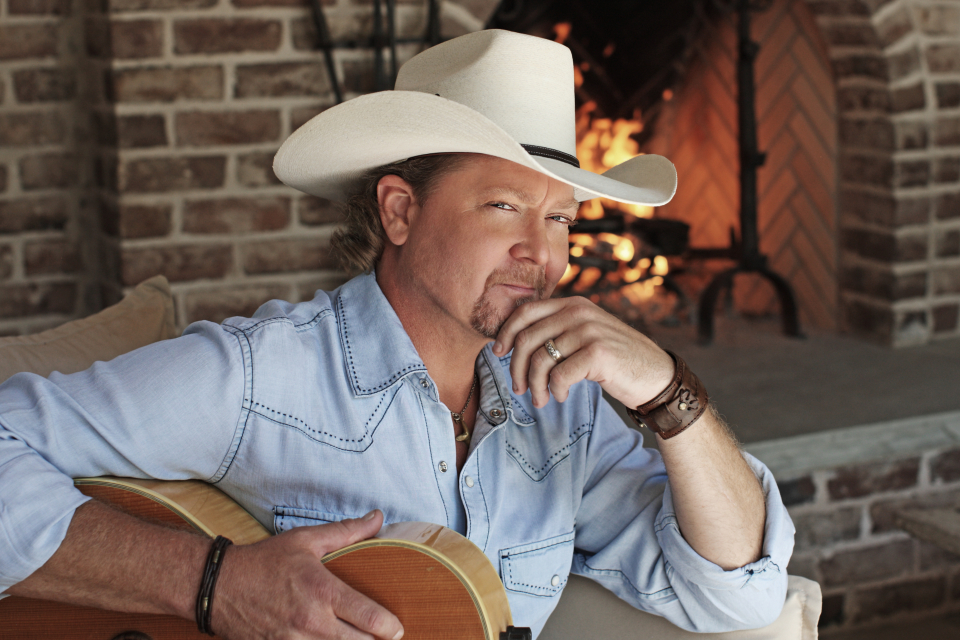 By nearly every metric, Tracy Lawrence is a mega-watt success story. Thirteen million albums sold. A collection of No. 1 singles. Twenty-two songs on the Billboard Top 10 charts. A slew of CMA and ACM awards. Even a Grammy nomination. Yes, the small town Arkansas-bred teenager who arrived in Nashville nearly three decades ago with a guitar and $700 in his pocket has done himself proud. Don’t remind him, though. Because despite it all, the “Sticks and Stones” icon has always felt it important to maintain a steadfast workmanlike approach to and sheer reverence for his craft. “I still see myself as that kid that came to town and idolized Merle Haggard and George Strait,” Lawrence, who is currently in the studio working on a new album due out later this year, says with a sense of wonder in his voice. “If you’re a lawyer you put your suit on every day and you go to work. I go to work. I put my uniform on and I go do my job. I’ve been blessed.”

In recent years, however, the scope and diversity of Lawrence’s job has evolved in thrilling ways. Just over two years since it first launched in January 2015, the country icon’s syndicated country-music radio show, “Honky Tonkin’ With Tracy Lawrence,” has fast become one the genre’s most cherished. Lawrence, who earlier this year was nominated for National On-Air Personality of the Year at the Academy of Country Music Radio Awards in Las Vegas, says the three-hour weekly program (syndicated in 60 markets) was born out of his sensing a lack of attention being paid to country music of the 80s, 90s and early-2000s. “I just felt there was such a void in the market because there really wasn’t anybody focusing on the music from my era,” he explains. “The industry had missed the fact that so many people — and not just the people that had grown up with us, but their kids and younger people too — are getting into it now.” “I’ve been able to get things out of some of these interviews that maybe other people haven’t been able to do before,” he says of revealing chats with everyone from Reba McEntire to John Anderson to Sammy Kershaw and Ronnie McDowell. “It’s got a comfort to it that people enjoy.”

This innate ability to connect with his guests, not to mention his ever-growing audience, is due in large part to Lawrence baring his soul when in the studio. He admits that during his legendary performances as a musician he’s in some ways inhabiting a character. “When I put my clothes on and my cowboy hat and walk out on that stage, I think I walk different and I carry myself different,” he offers. “I actually transcend into something else. It’s this persona I’ve created.” But when he’s hosting his radio show, he says, it’s 100 percent Tracy. “When I leave the stage I take that person off,” he says. “I don’t carry him into the radio station with me.”

That no-frills Lawrence is as equally passionate about philanthropy as music or radio. Last year, the Middle Tennessee Chapter of the Association of Fundraising Professionals honored Lawrence as its Philanthropist of the Year for his work on behalf of Nashville Rescue Mission. Funds raised by the singer through his annual Mission: Possible Turkey Fry and benefit concert have helped provide more than 75,000 meals to those in need. “I get a great reward out of things I do at the mission,” Lawrence says. “I wish that we could help more people. I feel like we’re making a difference though. It’s become an integral part of Nashville. I never thought it would take off like it has. It’s something unique.” For Lawrence, giving back is simply a core tenant of his upbringing. “I grew up in a strong Christian family where we did a lot of things around the community,” heexplains. “It’s really been something that I’ve done my whole life.”

Of course, Lawrence is nothing if not a never-ending creative mind. To that end, he’s constantly drumming up new musical material. He describes keeping legions of lyrics in a notebook; when he gets that itch he takes them into the studio. “As a creative person you have to continue to grow,” he says of a constant pull to write and record new music. “You have to exercise your mind. I enjoy that process. It’s very healthy for me. You get to purge all those things that you hold inside. You’re able to get a lot of that stuff out and it calms you down. At least it does for me. It’s extremely therapeutic.”

Ask Lawrence and he’ll tell you there’s never been a better time for pushing the boundaries of creativity in country music. “You have to continue to grow and evolve. I feel really good about the new stuff,” he says of his forthcoming new LP. “I’m really excited about getting it out there.”

Still, the singer-songwriter knows if he stopped today he’d already have cemented his place in the pantheon of country-music greats. “To realize that I’m older now and being looked at by younger kids in the same light as I looked at guys like Strait and Haggard, it’s very flattering,” he notes. “To know that I’ve made music that’s had that kind of impact on people, well, it’s pretty cool.”

With the fuel of both Southern rock and country music influences pumping through his veins, it’s no surprise that CJ Solar is a natural at fusing the two worlds. Combine that with Delta blues, compliments of a childhood spent in Cajun country, and you’ve got one badass up-and-comer, with the pure musical talent and vocal chops to back him up. Already turning heads throughout Nashville, Baton Rouge and beyond, having been named one of the “New Artists You Need To Know” by Rolling Stone Country, Solar says the driving force behind his untimely success isn’t fame nor fortune – it’s just a diehard infatuation with the music he grew up on.